A new survey by the pro-abortion organization Power to Decide claims to outline where conservatives and liberals stand in regard to abortion and birth control.

One of the main takeaways according to a Planned Parenthood of Northern New England press release, is that 6-in-10 young adults say they are concerned that it will be more difficult to access birth control after the U.S. Supreme Court decision to overturn Roe v. Wade. 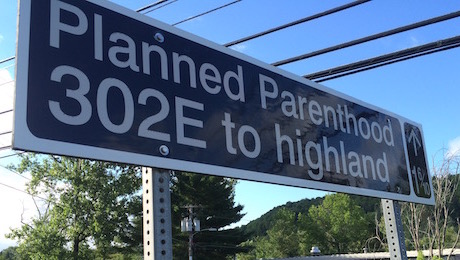 BIRTH CONTROL: A new survey put out by Planned Parenthood of Northern New England suggests that respondents are concerned about future access to birth control, among other reproductive matters.

Other questions asked in the survey included where people get information about birth control, and respondents’ understanding of how emergency contraceptives work.

The results of the survey are summarized here.

Lucy Leriche, vice president of Vermont Public Affairs for Planned Parenthood of Northern New England, is quoted in the release.

“The survey results mimic what we’re seeing at PPNNE,” she said. “Patients are concerned about their ability to control their bodies and their futures and are seeking reliable information. That’s why in addition to providing a full range of birth control methods, PPNNE is proud to be a source of accurate, unbiased sexual and reproductive health care education on social media, on our website, and in-person through our education and training programs.

“Birth control isn’t controversial — it’s basic health care that 99% of women have used, whether that was to treat a medical condition, help with painful periods, or to simply prevent pregnancy,” Leriche added.

ThePowerToDecide.org breaks down some of the data by demographics.

“When asked if the Supreme Court’s decision in Dobbs v. Jackson Women’s Health Organization changed their opinion, 57% (including 75% of Democrats, 32% of Republicans and 56% of Independents) reported that yes, the decision leads them to believe birth control will be harder to access,” the report states.

It adds that even conservatives are sharing this concern: “This marks a dramatic shift from the 27% (including 40% of Democrats, 17% of Republicans, and 24% of Independents) who believe it is currently difficult for people in the U.S. to access birth control.” 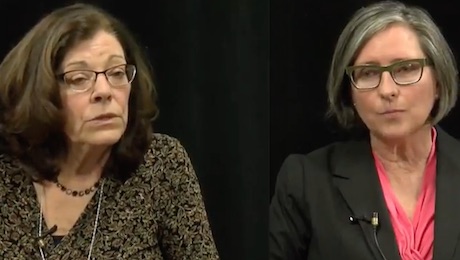 Mary Beerworth, executive director of Vermont Right to Life, responded to the release with the following statement on Tuesday.

“Planned Parenthood of Vermont continues to feed into the myth that birth control is somehow under threat of being unavailable in light of the overturning of Roe v Wade,” Beerworth told True North. “Perhaps poll results such as the numbers published in this survey would evaporate if Planned Parenthood’s spokesperson, Lucy Leriche, would cease sending up alarming and misleading messages in the first place.”

Beerworth suggests politics are influencing the messaging regarding abortion policy.

“Leriche speaks of ectopic pregnancy during discussions about abortion contributing to the unfounded fear that women and young girls will not get the life-saving care they need. It is Planned Parenthood and Leriche who are playing politics with women’s lives and with the truth,” she said.

An article published on Monday at Lifenews.com dispels the notion that abortion restriction pertains to any conditions other than actual elective abortions. Conditions that require a termination of the pregnancy to save the mother are never restricted, nor is access to birth control.

Laurel Duggan, writing for the Daily Caller, offers data to support this. The report notes that 15 states restrict abortion during the first 15 weeks of pregnancy. Of those states, all 15 allow “for the removal of fetal remains in cases of miscarriage as well as abortions to save the life of the mother.”

“This fact hasn’t stopped abortion supporters from claiming that doctors are being barred from removing fetal remains from women’s bodies following miscarriage and that women will die as a result,” Duggan wrote.