American law enforcement faces a host of challenges in 2017.

Violent crime is increasing in major cities across the country, perhaps foreshadowing a reversal of decades-long declines in crime rates. The nation is reeling from an opioid epidemic that is wreaking havoc throughout the nation. 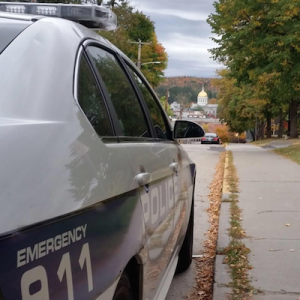 These challenges require sober examination, and that is what The Heritage Foundation has produced in a newly released special report, “Policing in America: Lessons from the Past, Opportunities for the Future.”

The report is a candid assessment by some of the nation’s leading law enforcement professionals of the challenges confronting American policing at a pivotal moment in its history.

At a time when police should be concentrating on protecting the communities they serve — and when Americans ought to be supporting them in this dangerous and difficult work — policing as an institution finds itself under attack.

Damaging false narratives have emerged in mainstream and social media that encourage distrust of — and even open hostility toward — police. Some denounce law enforcement as “systemically racist,” a charge rooted in undeniable historical injustices, but which unfairly maligns the modern profession.

Meanwhile, under past administrations, the Department of Justice has subjected police departments to a staggering number of consent decrees alleging patterns or practices of excessive force and other violations of citizens’ constitutional rights.

The burdensome requirements and the compliance costs these agreements impose are considerable, but there is another inescapable ramification: They exacerbate the ongoing misrepresentation of police.

The predictable result has been friction between police departments and the communities they serve, which has occasionally erupted in violence and targeted attacks on law enforcement officers.

Throughout, the police have had few political allies. City officials have often been quick to give in to political pressure, blaming officers and calling for prosecutions before investigations are complete and the facts are known.

Fearing for their careers and reputations, police officers are refraining from discretionary enforcement activities. Others are leaving the force altogether, and potential recruits are opting not to join, resulting in staffing shortfalls and tremendous pressure to lower hiring standards.

Highly successful law enforcement tools have come under attack, as well. Mischaracterizations of techniques like stop-question-and-frisk deny these methods to officers. Even objective, data-driven policing is painted by some as racially discriminatory.

In the final analysis, anti-police rhetoric has left Americans, particularly those living in low-income communities and minority communities, more at risk. Clearly, a course change is needed.

This need prompted Heritage to convene a diverse group of professionals with extensive backgrounds in federal, state, and local law enforcement, as well as representatives from police unions and national law enforcement organizations.

The group was asked to identify the most pressing problems that agencies face today, the best practices and most innovative approaches that law enforcement authorities are employing to address these problems and combat crime, and to set out the most effective means of communicating with the public and political leaders, building trust, and improving police-community relations.

The product of that meeting, “Policing in America,” is a unique examination of modern policing from the perspective of some of its most experienced leaders.

On Thursday, The Heritage Foundation will hold a special event to unveil the report. Former New York City Police Commissioner and Los Angeles Chief of Police William Bratton will deliver a keynote address, followed by a panel featuring Perry Tarrant, assistant chief of police for the Seattle Police Department, Garry McCarthy, former superintendent of the Chicago Police Department, and James “Chips” Stewart, director of public safety at the Center for Naval Analysis.

Image courtesy of city of Montpelier