In Texas, GOP lawmakers are advancing an election reform bill that would put an end to 24-hour polling locations, ban ballot drop boxes, and ensure that poll watchers from each party have a clear view of all election processes.

Castro sees such proposals as an attempt to “point-shave” elections.

Welch was bewildered that so many Republicans nationwide do not accept the results of the 2020 presidential election. 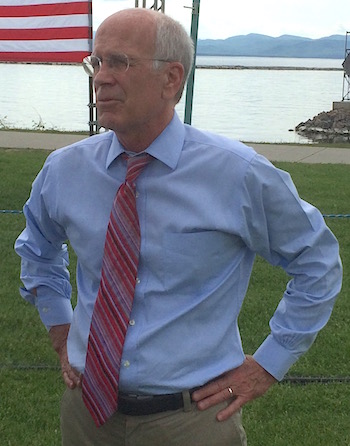 FEDERAL CONTROL OF ELECTIONS: U.S. Rep. Peter Welch, D-Vt., has again gone on the record saying he opposes state election security measures that could limit some voters’ ability to vote.

“The majority of them have taken the pledge, basically, that an article of faith for re-election is that the election was stolen from President Trump,” he said. “I’ve seen, I think according to the 700 or so Republicans who have announced their candidacies for Congress, well over 60 percent have made it a major issue that the election was rigged.”

Castro shared his surprise that people are upset.

“It’s something like 55 percent of Trump voters believe that this insurrection that happened on January 6 was justified. Basically, they thought it was a fair thing, which is amazing to think about,” he said.

Both politicians endorse the For the People Act, or H.R.1, which would put into federal law much the opposite of what the Republican election reform bills propose. H.R. 1 would expand vote-by-mail systems and the use of drop-boxes, as well as implement other policies that would make it easier to vote. Critics say the bill would severely weaken election security.

Castro said H.R.1. is important because it could help control efforts by individual states to put forth their own election policies.

“That’s why passing this federal legislation is so important. It would require some of those proposals to be run by the federal government,” he said.

Texas currently requires voter ID, while Vermont is one of several states in the nation that does not. Democrats argue that requiring an ID makes it harder for minorities to vote. Blacks and other minorities, Democrats say, lack the ability to obtain an ID.

According to a recent survey by the Honest Elections Project, a strong majority of Americans — 73 percent — want voter ID implemented. That number includes 92 percent of Republicans, 75 percent of independents, and 63 percent of Democrats.

Welch was also very surprised that some GOP proposals aim to let people from each party watch the counts and monitor how ballots are managed.

“They would be looking over your shoulder almost when you are voting,” he said. “It could be some real intimidation.”

Images courtesy of U.S. House of Representatives and Bruce Parker/TNR