The Washington Post recently ran an article on the many proposals by Democrat presidential candidates for some form of universal healthcare in light of Vermont’s epic failure to pass a statewide single payer system back in 2014. The big question was what, if anything, the national candidates should learn from Gov. Peter Shumlin’s colossal flame out. Shumlin actually had some good advice, “If I were running for president of the United States, I would have a team working on a plan so I don’t sell an idea to Americans that you can’t achieve. That’s the mistake I made.” 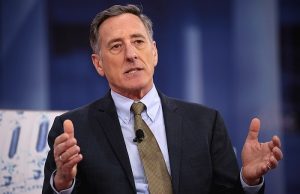 It’s advice the former governor should give to his home-state legislators as well. As the 2019 legislative session enters its final weeks, the House and Senate leadership’s signature issues, a $15 minimum wage and paid family leave, appear to be hitting the same reality wall single payer hit in 2014.

Just as Shumlin discovered that single payer would cause “economic shock” to the state if it were actually implemented, legislators today are finding similar undesirable outcomes if they were to make the transition for their priorities from bumper-sticker campaign slogans to actual policy.

For example, the realization that the $15 minimum wage could cost the state tens of millions in increased health care costs seems to have caught at least some folks’ attention. As for paid family leave, maybe given the state’s inability to find a funding source for lake clean up, the need to shore up billions in unfunded pension liabilities, and the cyclical likelihood that we are due a recession sometime in the not too distant future means this isn’t the time to implement a new payroll tax to draw in $80 million plus in new tax revenue to fund a new entitlement program.

These ideas were not well thought out before they were presented, but they did look good on campaign literature. Now here we are.

Give Peter Shumlin credit. When he realized he was going to be the engineer of massive train wreck, he stopped the train and took it off the tracks lest more damage would be done. Let’s hope our current crop of legislators is capable of learning from Shumlin’s mistake.