This commentary is by Erich Pratt, senior vice president of Gun Owners of America.

The Department of Justice, and in particular, the Federal Bureau of Investigation, have come under fire in the last several years for abusing their authority for partisan political gain at the expense of anyone who might oppose some facet of the left-wing agenda. 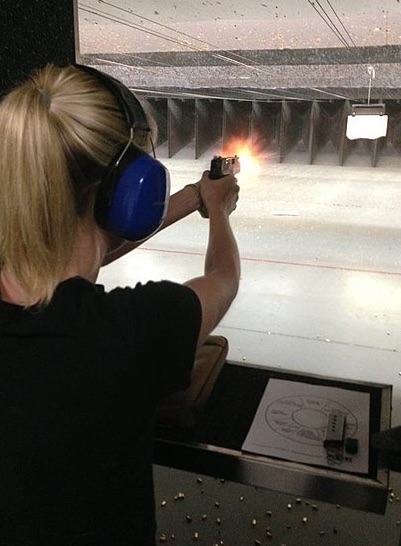 What we have learned, specifically, is that the FBI created a “Self-Indices Form” that allows individuals to add themselves to the NICS Indices, thereby ensuring that they would fail a background check and be unable to purchase a firearm.

In an unsurprising continuation of that trend, Gun Owners of America (GOA) uncovered another alarming policy that, without the authorization or even knowledge of Congress, was secretly created by the FBI and seeks to employ an internal form to disqualify Americans from exercising their Constitutional right to purchase a firearm.

The FBI operates the National Instant Criminal Background Check System (NICS), a congressionally authorized program to screen out people who are prohibited from purchasing a firearm under law. They do this by checking the potential buyer’s information against the NICS Indices, a database that contains conviction records and certain mental health information which would prohibit someone from receiving a firearm.

In 2019, a copy of a secret form was leaked to us at GOA. In response, we asked questions and filed Freedom of Information Act (FOIA) requests with the FBI, who subsequently tried to stymie our investigation at every turn. We were forced to sue for compliance with our requests, and even then, getting information was not easy.

What we have learned, specifically, is that the FBI created a “Self-Indices Form” that allows individuals to add themselves to the NICS Indices, thereby ensuring that they would fail a background check and be unable to purchase a firearm. At this point in our investigation, it remains unclear if this policy has any means for one to reverse a previous decision to “self-disqualify.”

A person who does not want to buy a firearm doesn’t have to go to this length; he or she could simply choose not to buy one. Sure, some might argue that this is a good way for those falling on tough times or struggling with depression or mental illness to protect themselves, but greater rights are at stake and other means exist to accomplish those goals. Worse still, without congressional approval and oversight, this system is ripe for abuse.

GOA has opposed the NICS system since its inception, and with good reason — as roughly 95% of initial denials are “false positives,” which means the system is violating the rights of law-abiding Americans by the millions.

In theory, the system was supposed to create a process whereby an individual’s past record of criminal conviction or serious mental illness would make a person ineligible to purchase a firearm. But instead of executing the law as written, the FBI has gone around the American people, and their elected representatives, to create their own additional means of disqualifying people from exercising their rights.

One can easily imagine law enforcement showing up at the door of someone whose ideas or beliefs, perhaps expressed on social media, do not conform to the current orthodoxy of those in power. The agent might say or imply that they’ll make it all go away if you just sign here. We are still trying to clarify whether this form has been used by federal agents, via intimidation, to convince anyone to surrender their rights.

Let’s not forget that government officials have already done this — illegally forcing honest gun owners to relinquish their rights. Consider the police chief who wrongly denied gun buyers because of their “age and gender,” or the sheriff who used unpaid traffic tickets to illegitimately deny carry permits to legitimate gun owners, or the hundreds of thousands of military veterans who have been prevented from owning firearms because of wartime-related PTSD, etc.

Just as dangerous, without congressional oversight, there is no way to confirm that rogue individuals are not forging forms and submitting them to the disqualification database, again possibly due to partisan political interests. While the FBI recently stated to the media that the form is no longer in use, they’ve yet to tell us that. Sadly, given the recent history of FBI leadership coupled with the Bureau’s unwillingness to cooperate with our ongoing investigation, this statement does not inspire confidence, and this policy must be confirmed as dismantled and all records expunged.

Let us all remember that federal agencies and the employees who serve in them are in a position of public trust granted to them by the American people. The betrayal of that trust is one of the most serious blows to our democracy and our national fabric.

Without action to halt this abuse and the many others like it that we have all witnessed, and unless we hold public officials accountable for their gross misdeeds, our rights ensured to us as Americans face imminent peril.

10 thoughts on “Opinion: Yet another reason why the FBI should deeply concern Americans”