Three people have been murdered by gunfire in Burlington this year. All three deaths reflect longtime, ongoing social problems common not only Burlington but all of Vermont and the U.S.

According to his Vermont Certificate of Death, Bryan Carlton Rogers II, 32, born in Philadelphia,  was shot at 12:40 AM on Sunday, September 4. He was pronounced dead at 1:13 AM in the University of Vermont Medical Center Emergency Room.

The document lists the place of injury as “park” — which Burlington police says was City Hall Park, where he was shot on the head at close range, police announced today, by Christopher Crawford, a fugitive of the law from New Jersey. Joseph Craig of St. Albans was arrested as an accessory to murder. Both men are being held in a Vermont prison on murder charges.

More details of the shooting are expected at a press conference this afternoon. However, police have said that Rogers was on their radar screen in connection with drug trafficking. What’s known about his fatal shooting in the park early Sunday morning does nothing to contradict the possibility that his death was related to drug-trafficking.

Rogers was born August 10, 1990. He attended college, but has no degree. He was not employed. He leaves a mother. There will be a gravestone with his name on it in the Chelten Hills Cemetery in Philadelphia, PA. Also, Rogers was black — as were the other two murder victims.

Murder and attempted murder by gunfire as a result of drug trafficking has been on the rise in Vermont. Scarcely a week passes that somewhere in Vermont — with Burlington and Springfield among the most likely locales — a drug trafficker doesn’t shoot at someone else, often also a drug trafficker. Just a year or two ago these stories were big headlines. Now, they’re almost routine. 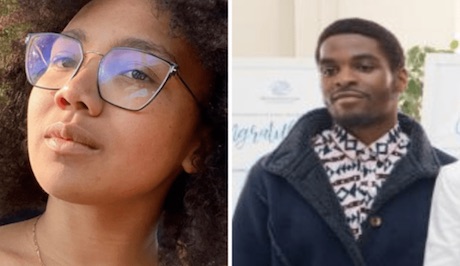 It’s possible that drug trafficking played a role in the sudden, violent death by gunshot at close range of Hussein Mubarak. When a bullet fired at close range July 7 near his home in the Old North End of Burlington ended his life at 21, Mubarak was at least the sixth person with a drug crime record to die in Vermont by gunfire during the previous six months, Vermont Daily Chronicle found.

But both Mubarak and his alleged shooter, Abdiaziz “Drill” Abdhikadir, were raised in Chittenden County after their families emigrated from the wartorn Africa and the Middle East. Both had ongoing run-ins with law enforcement.

Immigrants adjusting to life in America

Nationwide – and indeed worldwide – difficulty adjusting to the expectations of life in a new country is not an uncommon problem for young men from immigrant families, including those that escaped from Somalia, where civil war has waged almost uninterrupted since 1978. In 1999, the U.S. government committed to resettling 12,000 Bantu Somalis who had fled their country and were stuck in refugee camps in Kenya.

Somalia was a failed state for decades, but the suffering of the Bantu Somalis stretches back even further. Arab slave traders brought them from central Africa to Somalia to work on plantations in the 1800’s. When the Italians co-opted Somalia in the early 20th century, they banned slavery but kept the Bantu workers laboring as slaves in all but name. In short the Bantus were always the most marginalized ethnic group in a nation already suffering from chronic hunger, violence and oppression.

Shortly after 2000, many Somalis (including Bantu, enough to start a Somali Bantu Community Association of Vermont) emigrated to Vermont. As of 2019, about 12% of all immigrants to Vermont were Africans — a total of 3,520. About a third were born in eastern Africa.

And to cut to the chase – adapting is tough for young, male Somali immigrants everywhere, and Vermont is no exception. Their educational opportunities were marginal in the refugee camps, they often didn’t speak English, and getting dropped into age-appropriate English-speaking classrooms proved very difficult, despite efforts by schools, social programs, and the Somali community to address the problem. First-generation immigrant families deal with tensions between the old and the new, with parents trying — not always successfully — to instill religious and ‘old country’ traditions.

According to media reports based on interviews with Mubarak’s friends and family, the athletic, personable young Burlington High School grad’s family had lived in Burlington for 15 years, “after fleeing violence in Somalia.”

He was the first member of his family to attend college — a sign of great distinction in Somali culture, where university graduates are held in high esteem, researchers say. However, police reports show Mubarak charged with theft while at Plymouth State College. From there he just kept going down a bad road, according to family/friend media comments.

As with Rogers, it’s impossible, with known information, to flatly link Mubarak’s death to cultural maladjustment. But it’s fair to ask whether the drug, violence and gang problems plaguing young, male Somali immigrants worldwide also may have reached him.

According to the Vermont Medical Examiner’s Office, there were 15 homicides in Vermont in 2020, the Vermont Council on Domestic Violence reported to the Legislature. Eight were related to domestic violence: four involved firearms, two involved stabbing and two involved blunt trauma injuries.

The killer of UVM student Kayla Noonan was Mikal Dixon, 27, a former UVM and CCV student  who on July 25 broke into a Burlington apartment where Noonan was staying with a female friend. Armed with an AR-15, Dixon first tried to enter by the front door. Unsuccessful, he entered through a window and then shot his former girlfriend to death and critically injured her roommate, who is still recovering from serious wounds.

Noonan, of New Jersey, would have been a senior at UVM, a young entrepreneur studying business. Dixon’s forced entry was not completely unexpected. According to the three-page long list of Dixon’s Burlington Police Department encounters dating back to 2013, on June 30 Dixon was a “person of interest” in a trespass on the 47 North Winooski Avenue apartment where Noonan died less than a month later.

As Police Chief Jon Murad noted after the murder, Dixon’s interactions were not felonious – plenty of disorderly conducts, a temporary restraining order, domestic disturbances, and a ‘suspicious event.’ In 2019 he was a UVM business major senior. His social media shows him as a basketball junkie. In 2018 he was an aspiring political journalist, writing an op-ed for the Burlington Free Press castigating NFL player Colin Kaepernick and his own fellow Bernie Bros for choosing radical purity over voting for Hillary Clinton:

“Refusing to vote is the act of squandering a right that everyone who isn’t a white man is only able to do as a result of bloodshed by brave domestic soldiers,” Dixon wrote. “There was absolutely no excuse for fellow young students who felt the Bern to skip going to the polls, sitting around in circles with friends, passing around bongs, worshipping Bernie Sanders and ignoring his persistent pleas to go vote for Hillary so that we could preserve the hard-fought-for progress that has been made over the last half-century.”

Dixon was reportedly living in New Hampshire and estranged (against his will) from Noonan when he entered the apartment and killed her, shot her roommate, and then killed himself. Some media accounts quote friends of Noonan blaming the incident on gun violence. Media coverage cited calls for laws requiring more ‘state-wide access to safe gun storage.’

Gun sales among women have been brisk since 2020, due to more women working from home and concern about police defunding. Noonan apparently was not armed when Dixon broke into the apartment.

Would a well-timed round or two fired from a Smith & Wesson Ladysmith model .38 Special, a model especially popular for women’s home defense, have deterred Dixon — saving not only Noonan’s life, but possibly even his own? Any answer is just speculation.