U.S. News has this breathlessly overlong piece about Vermont. It’s a very blue state with a three-term “Republican” governor. Can it be a template for healing America? Only if more Republicans lay down or act like Democrats. But that’s not bipartisan, it’s surrender. 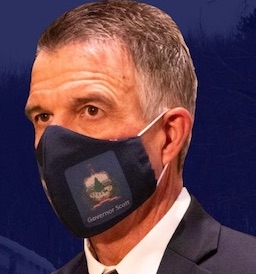 If surrender is the goal, then Phil Scott might be your guy.

He didn’t endorse a Democrat for president in 2020, but he did endorse Bill Weld. Scott supported the bogus inquiry to impeach Trump. He signed enhanced gun restrictions into law. He’s good with third-trimester abortion (even signed a law to protect them), and he supports carbon taxes.

In 2019 56% of Vermont Democrats approved of his job versus 15% of Republicans. That’s the Vermont Model U.S. News doesn’t make room to explore.

Sure, a real Democrat is always better, but sometimes you stick with the “Democrat” you know, even if he’s registered as a Republican. And this is the only definition of bipartisan Democrats will readily accept.

17 thoughts on “Opinion: Vermont is not a bipartisan model for the US”