It’s about to get real for America’s so-called sanctuary cities, local governments that refuse to cooperate with those who enforce federal immigration laws. The Trump administration is deploying 100 tactical Border Patrol officers to help Immigration and Customs Enforcement officials take illegal immigrants in those cities into custody.

The move should put to rest any questions about the administration’s commitment to enforcing the rule of immigration law. It’s the immigration equivalent of storming the beaches of Normandy.

Indeed, targeting sanctuary cities, counties, and states is just one part of what appears to be a systematic campaign to combat illegal immigration. Other elements of that plan already in place include reviving the “public charge” regulation, replacing “catch and release” with “catch and return” (sending asylum-seekers back to Mexico to await their hearings), denying asylum claims for those who passed through other countries without seeking asylum in them, and ending the Obama-era practice of family separation. 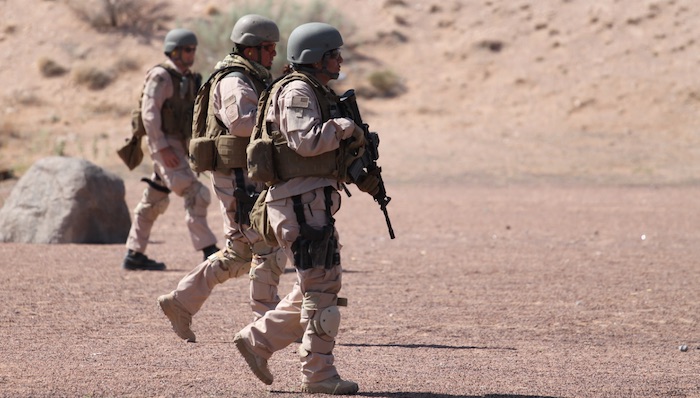 BORTAC officers — considered the SWAT team of the Border Patrol — are specially trained for high-risk operations and typically execute operations against violent targets.

Clearly, the administration has expanded from its original, nearly singular focus on “the wall” to action on almost every front on illegal immigration. Why is this all happening within the last year?

Cynics would chalk it up to pure politics. As the campaign season has progressed, the left has run further and further left, embracing open border policies. President Donald Trump’s immigration moves, they say, are being made because he wants to draw a sharp contrast in the minds of voters.

That’s likely not it, although Trump did campaign in 2016 with the promise of cracking down on illegal immigration, and keeping campaign promises is always a positive for politicians.

There are other reasons that explain the momentum.

First, there’s the matter of having the right people in place. The tide of the Civil War didn’t turn in favor of the Union until Lincoln found his general. Similarly, Trump seems to have finally found a leadership team at the Department of Homeland Security and Department of Justice who are unabashedly willing to take on the task.

Not to overdo the military metaphors, but they have moved from embattled agencies on the defensive to looking like Blucher and Wellington ganging up on Napoleon at Waterloo.

Another factor: The time is right to ramp up internal enforcement.

Internal enforcement makes little sense when the border is as porous as a sieve. It’s like trying to empty the bathtub with a hole-riddled cup while the faucet is running full force.

But the border is now much more secure. Apprehensions there continue to drop for the simple reason that the number of people attempting to cross is down.

However, just recapturing the border is not enough if the perverse incentives for unlawful presence are not taken away. As the president has said, America wants immigrants, but we want them to come here legally.

Finally, there is a very real desire to protect the safety of the public. Sanctuary laws — though intended to show compassion for those here illegally — put citizens and others legally present at unnecessary risk. They wind up creating sanctuaries for criminal activity.

Residents of New York City are well aware of the problem. Just this year, an illegal immigrant was charged with the brutal rape and murder of a 92-year-old grandmother in Queens.

Despite tragedies such as this, New York lawmakers decided to make the entire state into a sanctuary for illegal immigrants. Its “Green Light Law” not only allows illegal immigrants to get driver’s licenses, it bars sharing those records with any immigration enforcement agency. This provision intentionally undermines post-9/11 security measures implemented to keep terrorists off airplanes.

The Homeland Security Department has responded appropriately. Blocking New Yorkers’ applications to participate in the Global Entry and Trusted Travelers program was absolutely the right move. DMV databases contain information critical to properly vetting these applications. Without that information, approval is impossible.

This is not a war on illegal immigrants. It is a campaign to stop all the foolish policies put in place by federal, state, and local governments that created a shadow America where human trafficking and exploitation flourished. That definitely was not the intent of these policies. But in practice, they wound up empowering transnational gangs and criminal cartels and undermining the rule of law.

The administration is trying to make America a successful “immigration nation” once again. Far from being a part of the solution, sanctuary cities are part of the problem.

2 thoughts on “Opinion: Trump’s war on sanctuary cities is about more than politics”