It should be inconceivable that in a time of American energy abundance, within the nation’s richest and most populous state, citizens are being subjected to rolling electricity blackouts. Yet here we are. California’s grid is again struggling to provide the energy that is so vital to keeping us all connected, especially now.

There are several root causes of the crisis.

First, while California’s experience with utility “restructuring” is unique, it shares some characteristics with other states that broke-up incumbent utilities into separate wires and generation businesses. Electric reliability in California depends, in large part, on merchant power producers, such as Calpine, NRG Energy (NRG), Vistra (VST) and others, that, in turn, rely on revenues received from the California ISO wholesale energy market and state-approved power contracts with incumbent utilities like Pacific Gas & Electric (PCG), Southern California Edison (SCE) and San Diego Gas and Electric (SRE). For years, experts have warned about a wholesale energy market awash in intermittent renewable energy at near-zero (or negative) prices during some parts of the day, while undervaluing and failing to procure investments in generation that maintain reliability 24/7.

Second, California energy zeitgeist has been anything but “all-of-the above.” It is more like, “just say no” to nuclear, natural gas, and pipelines. California has largely embraced the view that the future of electricity is a strict reliance on distributed energy resources, battery storage, renewables, energy efficiency, and demand response. All these have merit, and few would argue against the increasing importance of each. But, California has pursued them at the bleeding edge of affordability and technological capability. Third-party stakeholder groups have driven this agenda, and customers are now reaping what has been sown. 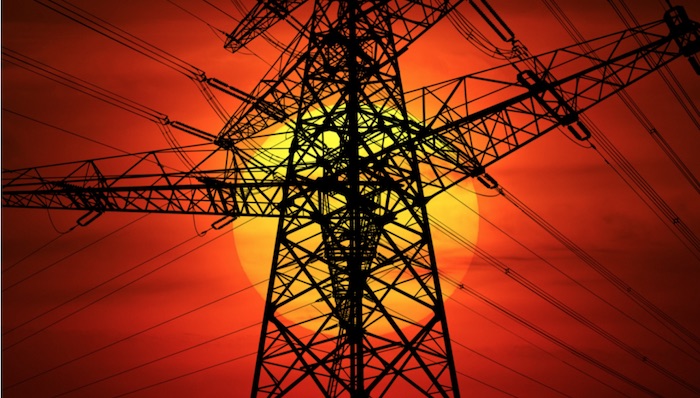 Barring a course correction, no one should be surprised if the Northeast sees winter reliability and cost problems on par with California’s and Texas’ summer challenges.

Third, California has embraced forms of electricity retail choice such as “community choice aggregation” (CCAs) and “energy service providers” (ESPs). CCAs and ESPs are mechanisms for local communities and commercial and industrial customers to go around the incumbent utility and procure energy directly, while still relying on the utilities’ grid to reliably deliver the energy. Unfortunately, as structured, CCAs and ESPs could cherry pick the easiest-to-serve and most financially lucrative customers. Lacking the same obligations as incumbent utilities, CCAs and ESPs have undercut resource adequacy standards, and regulations have struggled to keep pace with this new dynamic.

The unfortunate net result of these policies is financial and regulatory instability for both incumbent utilities and merchant power providers, while consumers are stuck with expensive electric service that is characterized by price volatility and a lack of reliability.

California’s problems should be a wake-up call to other states. The public policies that led California down this path aren’t limited to the Golden State. It’s just that California has aggressively pursued so many of them. Look at the root causes and you will see overlap with trends in other parts of the country.

Take Texas, for example. Like California, Texas forced most utilities to divest generation assets from the wires portion of their businesses. For all their many differences, these two largest American states are also the two states that have most recently struggled with major electricity scarcity emergencies: California this summer, and Texas last. The combination of dependence on merchant owned generation and maladaptive wholesale energy markets is no coincidence. This isn’t a red state or blue state issue, and it isn’t a matter of being pro-renewables or anti-renewables. It is a matter of ensuring regulatory structures align financial viability with grid reliability.

Notice also the similarities between California and several states in the Mid-Atlantic and Northeast. Like California, they are states that rely on merchant power providers to keep the lights on, and they are also increasingly driven by political pressures to reject the need for new pipelines, natural gas generation, and nuclear generation. While these Eastern electricity markets have adopted some reforms not in place in California and Texas that are intended to better attract capital to ensure 24/7 reliability, the larger point still holds. Reliable, affordable electricity depends on investment that allows access to dependable generation resources. Barring a course correction, no one should be surprised if the Northeast sees winter reliability and cost problems on par with California’s and Texas’ summer challenges.

The experience in states that forced their utilities to separate electricity generation from the rest of their business is laying bare the claims of those who argue for a renewed push for utility “deregulation” into regions of the country where it never took hold. While supporters of restructuring deride the vertically integrated utility as hopelessly passé, it is becoming clear that, in the absence of well-planned, well-regulated utilities, putting blind faith in today’s wholesale electricity markets and assuming they will cause energy to appear from the ether during times of scarcity is proving to be a dangerous religion.

California’s Byzantine mix of state policy directives and misaligned wholesale markets clearly laid the groundwork for this summer’s grid meltdown. And, it is tempting to look at California and think it can’t happen elsewhere. But, in reality, California is a harbinger of things to come if other states and wholesale market regulators don’t heed the warnings.

Tony Clark was a member of the Federal Energy Regulatory Commission from 2012 to 2016 and is a former Chairman of the North Dakota Public Service Commission. He is a Senior Advisor at the law firm of Wilkinson Barker Knauer, LLP, which represents clients in the energy and communications industries.