The market has spoken: Disney should stick to entertainment instead of politics in order to stop its nosedive. Walt Disney shares dropped today after the company posted second-quarter results that were largely below estimates.

Despite adding more Disney+ streaming signups than expected, earnings per share and revenue were lower than expected for Disney, leading Bank of America analyst Jessica Reif Ehrlich to lower her price target to $140 from $191, Seeking Alpha reported. 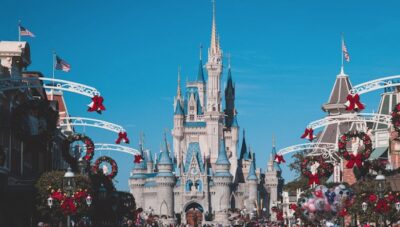 Disney’s left-wing activism is part of a broader ecosystem of corporate executives bending to a vocal, angry and progressive mob—sometimes within their own firms and sometimes on Twitter. These corporations are backing leftist causes, thinly veiled under a label called Environmental, Social and Governance (ESG).

CNBC noted: “Shares of Disney have slumped 30% since January and more than 40% compared with the same time last year, as investors wonder if the company can sustain its streaming growth and question how increased inflation and a possible recession could impact its other business ventures.”

Conservatives are angry with Disney, in part because its CEO Bob Chapek picked a fight with Florida Gov. Ron DeSantis (R) over a bill to keep non-age-appropriate discussions about sexual orientation out of schools. DeSantis responded to Disney’s bullying by signing a law stripping the media giant of its special Florida tax zone status.

But that’s not all. In fall 2020, Disney’s PC police slapped content warnings on the films for “negative depictions and/or mistreatment of people and cultures.” In 2021, the platform completely removed these films from menus for children under 7 years old due to “racist stereotypes.” We’re talking about films like “Dumbo,” “Peter Pan,” “The Aristocats,” “Swiss Family Robinson,” and more. Disney also fired actress Gina Carano from the popular Disney+ show “The Mandalorian” for social media posts allegedly (but not actually) “denigrating people based on their cultural and religious identities.” The firing was blatantly anti-free speech and politically motivated against Carano’s conservative views.

Disney’s now facing the wrath of Republican Missouri Sen. Josh Hawley, who wants to strip Disney of another special government carveout. Congress initially voted to set the length of a copyright to last 14 years. Over time, however, businesses with crony capitalist lobby shops, like Disney, convinced lawmakers to extend copyright protections up to 120 years.

“While extending copyrights has been beneficial to established businesses, it has been detrimental to startups and small businesses,” Devin Miller, founder of Miller IP Law, told me. “While Josh Hawley’s motivation may be prompted by the current political atmosphere with Disney, the reduction of length of copyrights would assist startups and small businesses to better compete with established businesses, spur innovation, and increase economic development.”

Disney’s left-wing activism is part of a broader ecosystem of corporate executives bending to a vocal, angry and progressive mob—sometimes within their own firms and sometimes on Twitter. These corporations are backing leftist causes, thinly veiled under a label called Environmental, Social and Governance (ESG).

Supporting ESG causes make executives feel better about themselves, but ESG investing is highly subjective and its data unreliable, according to Tariq Fancy, former BlackRock CIO of Sustainable Investing.

“The reality is it doesn’t pay that much to be responsible… and none of it has any real social impact,” Fancy said. It does pay for someone though: ESG peddlers. FactSet data published by The Wall Street Journal showed ESG funds had an average fee of 0.2% at the end of 2020 while more traditional stocks had fees of 0.14%.