A Democrat who voted Tuesday to uphold Gov. Phil Scott’s veto of H.715, the Clean Heat Standard, is resisting efforts by Democratic House leadership to get him to reverse his vote and override the veto. 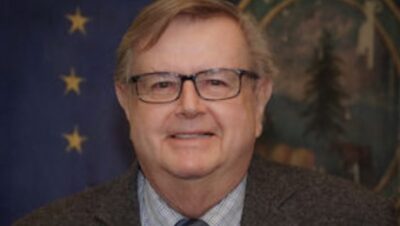 But Rep. Tom Bock, representing Chester and Springfield, told Vermont Daily Chronicle on Wednesday, “I’m not changing my vote.” He’s voting according to his constituents’ wishes, he said. Bock said he supports carbon emissions reduction but not the process outlined by H.715 — a large, somewhat vague plan to replace traditional home heating fuel with electric heat pumps and weatherization.

The House on Tuesday voted 99-51 on the override question. One hundred votes are needed to override, so the question failed. Bock was a “no,” much to the surprise of House leadership. Almost immediately, Rep. Bock reportedly experienced serious pressure from the House Democratic leadership to change his vote — something allowed under little-known House rules. A member may ask that his/her vote be reconsidered during the following day’s session.

According to veteran House members, Bock could have stood during the “announcements” section of the morning session and informed his fellow lawmakers he intended to change his vote. After several pedestrian announcements, Speaker Krowinski asked several times: “Are there any more announcements?” each time followed by a long pause and a searching gaze around the chamber.

Bock did not stand. There were no more announcements. Krowinski then moved on to the next order of business. The session adjourned at 11:39 pm and is scheduled to return Wednesday afternoon.

Tuesday afternoon, Bock — who will not be seeking re-election and plans to move from Chester to Malletts Bay in Colchester — was sitting at a picnic table outside, talking about his support for the veto with the media, while many appreciative Republicans stood by.

Bock explained then that he had been thinking a lot about problems with the Clean Heat Standard in recent days, and only the night before had decided to support the veto. “I cannot imagine why I would change my vote,” Bock told the Vermont Daily Chronicle.

Bock has been an independent member of the Democratic caucus. For example, he spoke out forcefully against the legalization and licensed retail sale of marijuana.