Editor’s note: This commentary is by Tom Manzo, the founder of the California Business and Industrial Alliance (CABIA) and president of Timely Prefinished Steel Door Frames in Los Angeles.

Vermont lawmakers are currently enjoying a long legislative recess before they return to policymaking in the new year. They should use this summer downtime to contemplate how they’ll vote on pending bills that were introduced earlier this year in the first part of the legislative session. 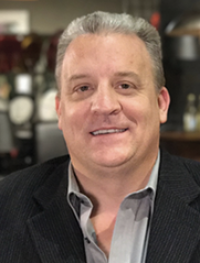 California can act as a guide for state lawmakers when it comes to one legislative initiative that’s currently before the State House and Senate: the implementation of a Private Attorneys General Act (PAGA).

Introduced by State Sen. Alison Clarkson and Rep. Selene Coburn, these PAGA bills would deputize ordinary state residents to enforce Vermont’s labor law. The legislation would allow employees to file employment claims “on behalf of and in the name of” the state labor commissioner. In return, they’d receive a share of the civil damages awarded.

Sound benign? Witness how California’s PAGA has become a weapon for trial lawyers and a guillotine for state small businesses. Vermont legislators should explore other avenues to better enforce its labor laws instead of following in the Golden State’s muddy PAGA footsteps.

No one disagrees that serious labor violations, including wage theft, discrimination, or unsafe working environments, should be prosecuted vigorously. Victims of such horrible bosses should receive punitive damages. Yet California and Vermont’s labor codes are hundreds of pages long. The vast majority of provisions within are bureaucratic or clerical, with rules regarding employee paystubs, seating arrangments, and uniforms. As of last year, it also became a violation of Vermont labor law to ask employees about their compensation history.

PAGA exposes small business owners to ruinous lawsuits for violating these victimless provisions. Trial lawyers eyeing a quick payday perform fishing expeditions to identify small businesses that aren’t in compliance. In California, there have been more than 5,000 PAGA lawsuits filed annually in recent years. While lawyers get rich from six- or seven-figure settlements, the employee plaintiffs only receive pennies on the dollar. For instance, an October 2018 PAGA settlement with retail giant Walmart resulted in $21 million for the attorneys, with the employees receiving an average check of just $108.

Consider the story of Enver Solar, a solar panel installer based in Anaheim that was hit with a PAGA lawsuit earlier this year that cost the company more than $1 million including legal fees. Its violation? It allowed its employees to clock in a little early and clock out a little late (before the work shift began and after it ended) as a courtesy to let them earn a few extra bucks for food or gas money. Yet these extra minutes on the clock meant that the company was unknowingly violating labor law by not giving its employees enough rest breaks (even though the time before and after the shift were spent socializing, smoking, or grabbing breakfast).

As a result of the PAGA suit, Enver Solar filed for bankruptcy, with millions of dollars of debt and a workforce that has shrunk from 175 employees to just eight. There are tens of thousands of similar stories from recent years of small businesses and local institutions being decimated by PAGA for nothing more than committing good faith or clerical errors.

After my small business was on the receiving end of a PAGA lawsuit, I started the California Business and Industrial Alliance, a new trade organization to try to reform this law. We are suing the state of California for violating the procedural due process rights of small businesses because under the PAGA status quo only the biggest can afford to defend themselves in court.

I believe it’s my duty to warn other states considering PAGA legislation about the consequences. The trial lawyers are an influential lobby. And this issue doesn’t catch the attention of the national small business advocacy organizations.

Ultimately, it’s up to Vermont legislators to study California’s experience and resolve to kill these PAGA bills when they return to the General Assembly next year. All this should take is a little summer reading.