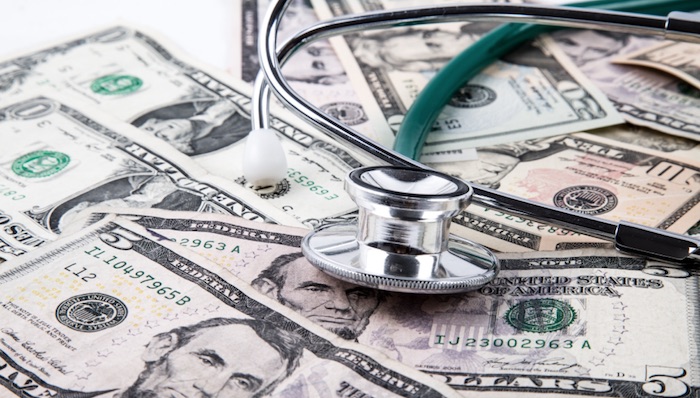 OneCare Vermont has come under increased scrutiny for exceeding its budgets while not delivering on promised goals.

Recent hearings have focused on whether OneCare Vermont’s mandate to implement its vaunted One Payer model should be continued, and if so for how long. On Dec. 16, the entity was slapped with criticisms by the Green Mountain Care Board for its excessive budgets and lack of responsive performance data. Vermont is also pumping another $5 million in 2023 into efforts to gather the data necessary to implement the program.

OneCare Vermont is premised on a proposal to create an administrative system in lieu of traditional fee-for-service health care models, in which OneCare Vermont collects federal Medicaid funds and parses them out to hospitals and health care providers so as to increase preventive care and health care outcomes while increasing efficiency. Some critics, including outspoken whistleblower Robert Hoffman, have accused the entity of wasting huge amounts of money to deliver substandard services, while sapping small hospitals of solvency and paying OneCare Vermont executives with twice the national average in salaries for comparable work. OneCare has also been accused of lack of transparency in its salary payments.

After years of supposed implementation of this newfangled improvement, the results are being forcefully challenged. OneCare Vermont has appealed to a lack of available data to implement its lofty mission, and so the Legislature in 2022 commissioned an additional $5 million to be invested in 2023 to gather this information. Act 167 appropriates $900,000 from the General Fund to “support the work of the Director of Health Care Reform … including hiring consultants as needed,” and $4.1 million to the Green Mountain Care Board to similarly hire more consultants.

Any party that can insert itself in the health care delivery process acquires power.  While the scientific study of illness and injury has a firm objective reality across cultures, the use of that knowledge for health care begets a social process influenced by the interests of others.  Those interests may facilitate or impede the alleviation of suffering. … The information infrastructure for health care lies firmly in the domain of culture, exposing it to omnipresent but commonly imperceptible forces that may distort its aim.  Effectively countering those forces requires exposure of their adverse effects.  Power without transparency tends to serve its own interest.

The concern regarding OneCare Vermont is precisely that it has served the pocket-lining interests of its executives at the expense of improved healthcare outcomes. Back in 2016, Dr. Graves warned Vermonters:

By using an administrative model of businesses competing for market share, and hoping health will be a side effect of that goal, [we] have created vast amounts of waste, and on top of that we allow the abandonment of our neighbors whenever a business finds it “fiscally responsible.” We have mistakenly abandoned our essentially moral motivation to care for one another, and substituted the profit motive instead.

Fiscal responsibility is particularly important to me to consider given the increases in healthcare costs that Vermonters have experienced and of course the incredible inflationary pressures Vermonters and Vermont businesses are dealing with. OneCare’s website says that healthcare costs are too high. I believe a former Board Chair said that the costs are unaffordable, and at the hearing on November 9th OneCare stated that the affordability is a challenge for many Vermonters. … OneCare was asked if there was any cost benefit analysis done in connection with evaluating how they deploy resources; they indicated that there has not been. … It appears that OneCare has not implemented, at least in full, Board member suggestions, requirements even, about program evaluation, and the benchmark year report we received was not in alignment with what we had suggested.

Given this, I have found that OneCare has not been fiscally responsible in this past budget and I would propose that the OneCare budget be reduced by an equivalent to the top five executive bonuses that were received in fiscal year 2022,” Foster said. “…I think it’s inappropriate for the budget to include that amount of money given the lack of fiscal responsibility. And understanding how you’re deploying resources and using the money is a big part for me of fiscal responsibility, especially when Vermonters can’t access the care they need and they’re paying prices that everyone I think says are unaffordable. I’d also suggest the Board reduce the budget by an amount equivalent to the Public Affairs and Marketing Budget.”

Green Mountain Care Board member Tom Walsh also lambasted the company: “How much longer do we continue to put more and more resources into [OneCare Vermont]? It’s been an eye-opening several months. … I’ve struggled to find the value that OneCare’s bringing to Vermonters.”

Additional transparency may come from Hoffman’s ongoing case against OneCare, which is approaching trial. Hoffman argues OneCare was using bad data to prop up the success of the reform effort. Hoffman, who was fired for his efforts, made the claims again in a 13-page complaint filed in Chittenden County Superior Court in May. In it, he alleged his termination was an act of retaliation.

Asked for a his take on the latest development, Hoffman stated: “Owen Foster and Tom Walsh are focusing on exactly the performance and transparency areas of which I have warned the State of Vermont for years. I am pleased that accountability to taxpayers and patients alike will finally be demanded.”

Between the Legislature’s data gathering, the demands by Green Mount Care Board for better accountability from OneCare Vermont for its expenditures and performance measures, and Hoffman’s suit, Vermonters may get information about the truth of the administrative juggernaut’s fiscal responsibility.

In the interim, the bureaucratic behemoth has become too big to fail: reversing course would cause chaos to convert the state back to a fee-for-service model for its health care providers.

Calls for accountability are a sign that the administrative excesses warned by Dr. Graves may be brought to heel. Greater transparency will allow Vermonters to know whether OneCare Vermont has achieved its vaunted efficiency gains, or merely bilked taxpayers of both money and adequate health care.