While Vermont is with the majority of states that have chosen to shut down restaurants, bars and close-contact businesses statewide in response to the coronavirus, some states and governors have gone in a different direction.

Mississippi and Nebraska are just two examples of several states that are issuing restrictions on more of a community-to-community basis.

In Mississippi, Gov. Tate Reeves is letting individual communities make their own call when it comes to economic restrictions.

“We don’t want to make any decisions that will ultimately do more harm than good,” Reeves said during a Facebook question/answer session last week.

Reeves has taken flak for not issuing statewide restrictions. One of his critics, Mississippi state Rep. Jarvis Dortch, D-Jackson, took to Twitter to voice his concerns. 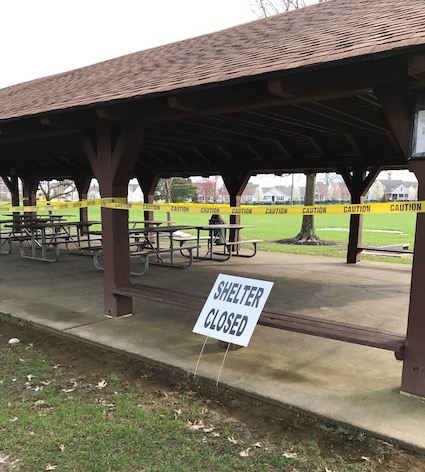 Many states have taken a statewide approach to managing the spread of the coronavirus, shutting down everything from businesses and hotels to parks and shelters.

“Mayors and local leaders are putting in place differing curfews and orders,” he wrote. “This patchwork system is creating public confusion that will result in panic.”

One of Reeves’ supporters is Gulfport Mayor Billy Hewes.

“We talked along with about 20 other mayors on a conference call. He was very empathetic to the mayors concerns,” Hewes said. “He’s willing to listen to us and knows a one size fits all approach might not be the best way to deal with this.”

Mississippi has reported 758 cases of Coronavirus and 13 deaths as of Sunday.

At the federal level, President Donald Trump thinks Americans can both revive the economy and  protect those most vulnerable to illness.

“It’s a very bad situation, we haven’t seen anything like it, but the end result is we got to get back to work, and I think we can start by opening up certain parts of the country, you know, the farm belt, certain parts of the Midwest, other places,” Trump told Fox News host Sean Hannity.

Vermont Gov. Phill Scott, however, has indicated that the state’s economy will stay shut down for many months.

“This is going to be for a long period of time — months I think, before we are even through the initial surge,” Scott said recently.

Yet In Nebraska, Gov. Pete Ricketts is issuing his orders on a county-by-county basis. As of Sunday, the state has 10 counties including over 100,000 people that have been restricted to gatherings of 10 persons or fewer, effectively closing restaurants, bars, churches, theaters, schools, and gyms.

Ricketts explained in a CNN interview that he appreciates the president letting states pick their own course of action.

“I think what one of the other things the president said is that this is not a one-size-fits-all answer,” he said. ” … We’ve got a plan and we’re going to continue to work the plan, it involves breaking our state up regionally by public health districts and how many cases we have in those districts and putting our restrictions in place.”

Nebraska, as of Sunday, has 108 reported cases of the Coronavirus and two deaths.

A handful of other states have taken a similar strategy to Nebraska and Mississippi. Kansas has allowed bars and restaurants to remain open, though individual communities are allowed to take stricter measures. Similar community-to-community approaches have been taken in Idaho, Missouri, Montana and South Dakota.

In Vermont, 133 of the state’s 256 coronavirus cases have been located in Chittenden County. Addison County has the next highest number of cases, with 21. Despite the concentration in a single county, Scott has issued statewide orders, causing jobless claims to spike 2,143% in a single week, from 659 total claims in the prior week to 14,784.

By comparison, Mississippi is only reporting a 486% increase in unemployment applications. Nebraska saw a 1,800% rise and Kansas saw a 1,200% increase in claims.

Nations that been in economic suppression for weeks are now starting to see social unrest. For example, Italy is beginning to experience looting and riots in response to the country’s clampdown on citizens.

As of Monday, Vermont has 256 positive cases of COVID-19 and 12 deaths from the virus.

By comparison, over the three-week period ending March 14, Vermont has had 23 pneumonia deaths and five influenza deaths, according to the National Center for Health Statistics Mortality Surveillance System.