But that’s a consequence minimum-wage advocates have been willing to accept in exchange for higher incomes for minimum-wage workers who keep their jobs. 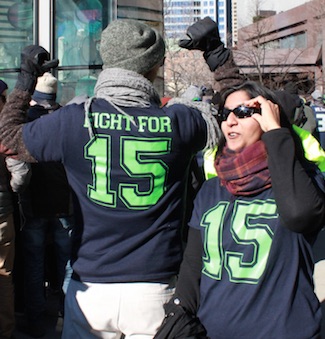 Despite the good intentions of those who favor raising the minimum wage, multiple studies have shown that the the negative impact on workers may far exceed any hoped for benefits.

That’s according to a new study from the Mercatus Center, a nonprofit free-market-oriented think tank, which examined the steep decline in teenage employment over the past two decades and, in particular, whether that decline in employment led to higher or lower human capital—in other words, workers’ knowledge and skills—and earnings.

That’s a huge decline over a relatively short period of time.

Of course, if teens replaced employment with other, more productive activities, such as education and other forms of human-capital development, then the decline in teenage employment could be a good thing and not a cause for concern.

To help determine what caused the steep drop in teen employment over the past two decades, the authors—David Neumark and Cortnie Shupe—examined the impact of minimum-wage laws, higher returns to schooling, and increased immigration.

Minimum-wage laws and increased immigration reduce employment opportunities by limiting the number of available jobs and increasing the amount of competition for those jobs.

In turn, both factors can have a positive impact on wages by increasing the relative value of investing in schooling, since higher education leads to more job opportunities and greater earnings.

While the authors found that all three factors—higher minimum wages, increased immigration, and greater returns to schooling—contributed to the decline in teenage employment between 1994 and 2014, higher minimum wages had the largest impact.

The minimum-wage impact was particularly predominant for teens ages 16 to 17 since 2000.

If higher minimum wages and the resulting shift in more teens attending school exclusively—as opposed to working full-time or working while in school—led to greater human capital, then minimum wages would still have a positive impact on earnings.

However, when looking at the longer-term effects of minimum wages, immigration, and returns to schooling on human capital and earnings, the authors found

… no evidence that higher minimum wages … led to greater human-capital investment. If anything, the evidence is in the other direction. Thus, it is more likely that the principal effect of higher minimum wages in the 2000s, in terms of human capital, was to reduce employment opportunities that could enhance labor-market experience.

This is an important finding for policymakers to take into account when considering changes in minimum-wage laws.

The value of employment goes beyond the immediate wages it provides. Employment provides valuable human-capital development that cannot necessarily be replaced by formal education.

With declining employment and labor-force participation weighing down individual incomes and overall economic growth (and contributing to unsustainable budget deficits), policymakers should be looking for ways to reduce excessively high minimum wages, as opposed to raising them.