Recent experiences in three states provide an insight into how problematic President Joe Biden’s push for renewable energy could be for electric customers nationwide, according to a new report from Power the Future.

The report, titled “Lights Out: How Green Mandates are Undermining the Affordability and Reliability of Electricity,” was written by Larry Behrens, western states director for Power the Future, a nonprofit trade group that speaks for oil and gas workers. 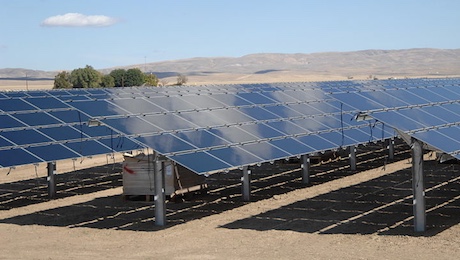 In California, state law requires utilities to purchase 50% of their electricity from renewables by 2026. As a result, over the past decade electric bills there increased 30%, seven times more than the national average.

“One thing is clear. The Biden Administration is misleading the American people to impose the Green Agenda,” Behrens said. “Biden can’t achieve his pledge with stifling bureaucratic manipulation in every sector of the market.”

To examine the impact Biden’s policies could have on the country, Behrens looked at scenarios in Texas, California and New Mexico, where more dependence on renewable energy has failed customers.

Texas in mid-February experienced winter storms and record low temperatures that left millions without power and claimed more than 100 lives.

“One factor stood out among the rest,” Behrens said. “The state’s heavy reliance on and subsidization of wind power came up empty at a critical time.”

According to data from the Electric Reliability Corporation of Texas, wind provided 42% of the state’s electricity on Feb. 7. By Feb. 11, when the storms first hit, that fell to 8% as turbines froze. Coal and natural gas plants increased output by 47% and 450%, respectively, to meet increased demand.

In California, state law requires utilities to purchase 50% of their electricity from renewables by 2026. As a result, over the past decade electric bills there increased 30%, seven times more than the national average.

New Mexico’s Energy Transition Act, signed in 2019, required utilities to have 20% of all electricity sales from renewables by 2020. The Public Service Company of New Mexico, the state’s largest utility, missed the mark, and plans to close the state’s largest coal plant next year, costing the local economy hundreds of jobs and millions of dollars in tax revenue.

PNM has also said 75% of customers’ electricity needs will come from renewables by 2025.

“This claim strains credulity coming from a company that failed to meet the state’s 2020 renewable target,” Behrens said.

According to the Associated Press, last August, days after New Mexico Gov. Michelle Lujan Grisham stood by a solar panel installation in Albuquerque praising renewables, PNM took to social media to ask customers to cut back on air conditioning while temperatures increased due to concerns about cloud cover leading to reduced solar generation.

“The lessons learned from these states’ experiences with renewable energy should be pushing policymakers across the country to reject top-down green central planning of the electrical grid,” Behrens said. “But that doesn’t appear to be happening.”