A motion to pass Senate Bill 61, which called for barring unions from charging dues or fees to nonmembers for the costs of representation, failed by a vote of 199-175. A number of Republican lawmakers joined Democrats in tanking the proposal.

The measure narrowly passed the Senate in February. 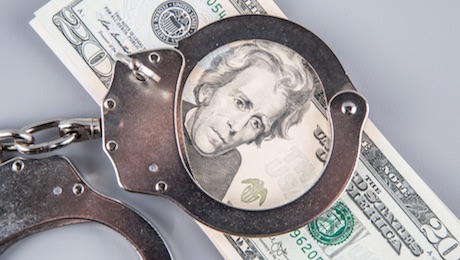 The U.S. Supreme Court in 2018 ruled that public sector workers cannot be forced to pay fees to unions that represent them in collective bargaining. But the ruling doesn’t affect private sector unions unless they represent workers in one of the 27 states that have ‘right to work’ laws.

Democrats, who blocked a similar measure in the previous session when they were in control of the House and Senate, welcomed the latest rejection.

“Unions give workers an avenue to raise important issues with their employers and protect their right to negotiate these issues without government interference,” said state Rep. Doug Ley, D-Jaffrey, who voted against the measure. “They provide a path to a better life, and it’s in everyone’s interest to make sure unions are available to those who want to join.”

The right to work proposal was backed by Americans for Prosperity-New Hampshire and other pro-business groups pushing for the changes, which has argued the move would “protect worker freedom” and improve the state’s economic competitiveness.

On Thursday, the group issued a statement lamenting rejection of the proposal, saying it will hurt the state’s competitiveness.

“We are disappointed that lawmakers voted to continue the status quo that forces workers to decide whether to support their families and keep more of what they earn or risk losing their job,” AFP-NH State Director Greg Moore said.

Right-to-work legislation has been debated in New Hampshire for decades, but has failed to win enough support to become a law. The Legislature approved a right to work bill in 2011, but was vetoed by then-Gov. John Lynch.

The court’s decision ended a provision in 21 other states that required public employees to pay what’s known as “fair share” fees as a condition of employment, even if they don’t want to be union members. The fees are meant to help offset the costs of bargaining and contract administration that benefit them.

But the ruling doesn’t affect private sector unions unless they represent workers in one of the 27 states that have ‘right to work’ laws.

Following Thursday’s defeat of the measure, the National Right to Work Committee said it was “disappointed” by the vote but vowed to press on with efforts to make New Hampshire the next state to pass the legislation.

“Right to Work supporters remain fully committed to ending forced unionism in New Hampshire, and I’m confident they will be back with even more energy next year to put right to work over the top,” Mark Mix, group’s president, said in a statement.