By Steve Bittenbender | The Center Square

The law, Senate Bill S2758 and Assembly Bill A4302, sets a goal that 100% of all passenger cars, trucks and off-road vehicles will be zero-emission. The goal is 2045 for larger vehicles, such as medium- and heavy-duty trucks and buses.

As A4302 sponsor Assemblymember Steve Englebright, D-Setauket, said on the Assembly floor before the 110-40 April 20 vote passing the bill: “Zero emissions means that we will see electric vehicles instead of internal combustion engine-driven vehicles on our roads.”

It also, though, will allow hydrogen-powered vehicles as those produce water vapors instead of a carbon-based emission.

With Hochul’s signature, New York joins California and Massachusetts as states that have set deadlines to move away from having fossil fuel-powered vehicles on their roadways. 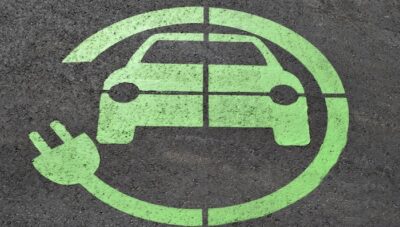 As A4302 sponsor Assemblymember Steve Englebright, D-Setauket, said on the Assembly floor before the 110-40 April 20 vote passing the bill: “Zero emissions means that we will see electric vehicles instead of internal combustion engine-driven vehicles on our roads.”

While New York’s deadline is still more than a decade away, the new law sets some benchmarks well before then.

For instance, by Jan. 31, 2023 – almost 500 days from now – the State Department of Environmental Conservation will need to establish a statewide market development strategy for zero-emission vehicles in partnership with the Department of Economic Development, the state’s Energy and Research Authority, the Public Service Commission, Department of Transportation, Department of Motor Vehicles (DMV) and other applicable agencies. That plan will then need to be updated every three years.

By July 15, 2023, the Department of Environmental Conservation will also need to find ways to make freight and transit more environmentally friendly. The department will work with the Energy Research and Development Authority, the DMV and the Department of Transportation on that project.

In some ways, those moves are already happening. In April, Englebright, who chairs the Assembly Committee on Environmental Conservation, noted the Long Island Rail Road was looking into converting its trains with lithium-ion batteries. That took place a year after the commuter line was looking to buy a dozen diesel-powered trains.

Such conversions to battery power, he said, would allow green-friendly trains to run on non-electric lines.

Some who opposed the bill in the legislature still found the end goal as well-intended. However, as Assemblymember Robert Smullen noted, R-Meco, noted back in the April floor debate, it’s so “extremely aggressive” that it may not be realistic.

“I know the hope of it is that there will be a technical breakthrough to enable this,” he said. “And I’m hopeful as well, but I was also in the Marine Corps where hope is never a course of action… For that reason, I’m not very hopeful that this bill is anything but an aspirational document.”

However, it’s not just Democratic-led legislatures like California, Massachusetts and New York that have such a goal. In January, General Motors announced it also seeks to end tailpipe emissions on its line of light-duty vehicles by 2035.

Hochul’s approval came a week after the remnants of Hurricane Ida slammed New York City and other parts of the downstate region. The flash flooding killed more than a dozen people in the city and occurred just a couple of weeks after Tropical Storm Henri brought record rainfalls.

In a statement posted on Facebook a day after Hochul signed the bill into law, state Sen. Pete Harckham, D-South Salem, said that the damage Ida left in its wake shows that “half-measures” will not allow New York to properly address climate change.

“The best way to ramp up our fight against the climate crisis is to transition to new vehicles that are free of carbon & other toxic emissions… We need to take decisive action right now, and enacting this law shows how NY can lead the way,” said Harckham, who sponsored the Senate bill.