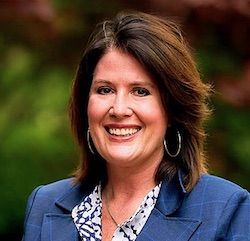 “Today I reviewed all of the model school instruction materials and I truly think New Jersey has lost its damn mind,” Schepisi posted to Facebook.

Several lesson plans were given to parents at the Westfield Board of Education’s meeting on Feb. 22, according to Fox News.

As part of a proposed homework assignment for fifth graders called “It’s All about the Hormones,” students would be shown a video called “Puberty and Transgender Youth” by the organization AMAZE.

“Whether you identify as male, female, gender queer or something else, you’re perfectly normal, and there are lots of ways to manage puberty so that it can be a fun, exciting time rather than a scary or stressful one,” the video says.

“After some discussion and counseling, you may be referred to an endocrinologist,” the video adds. “Endocrinologists specialize in hormones, and they’re the most likely to prescribe puberty blockers for someone who wants them. Puberty blockers are medications that will stop your body from changing.”

The teaching materials are a “sample list of resources” that line up with state policy, but are not official policy of Westfield Public Schools, a spokesperson for the district told Fox News.

Students as young as second grade will be taught about gender identity under New Jersey’s new sex education guidelines, which go into effect in September.

The New Jersey Department of Education and Westfield Public Schools did not immediately respond to the Daily Caller News Foundation’s request for comment.