A provision of the two-year, $13.5 billion state budget recently signed by Gov. Chris Sununu authorizes the state to create so-called “education freedom accounts” that would provide state funding for students who choose to leave public schools to attend private, parochial or charter schools, or home schooling.

Supporters of the expansion say it will provide more opportunities for students who don’t want to attend public schools, and ultimately save the state money. 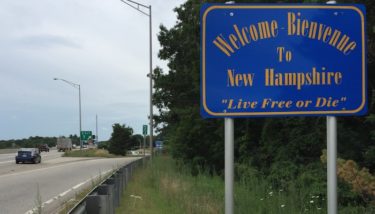 Under the proposal, the public school dollars would essentially follow K-12 students if they decided to attend private or charter schools. The proposal would authorize annual grants ranging from $3,700 to $9,000 per student.

But Megan Tuttle, president of the National Educators Association of New Hampshire, says the plan will siphon limited money and resources from traditional public schools and force cities and towns to raise property taxes to make up for the loss of state funding. She said the union “remains open to all options regarding potential legal challenges.”

“Taking funds away from certified, qualified and financially transparent public schools and teachers to hand them over to unaccountable and untraceable private schools not only make our jobs harder, it is also fiscally irresponsible,” Tuttle wrote in a statement posted on the union’s website.

Tuttle said the changes also means the state’s taxpayers will be forced to “pay the tuition of students who choose to attend private, or religious schools.”

“Given the hardships the pandemic imposed on so many, asking working families to foot the bill for someone else’s child to attend a private school is unconscionable,” she wrote.

Education reform advocates who pushed for the changes disagree, arguing the move will benefit public and private schools and improve overall educational outcomes.

A report by the Josiah Bartlett Center for Public Policy in March suggested the system would be able to educate students at less than 25% of the cost of a traditional public school.

The state has a tax credit program, created in 2012, which provides scholarships for public school students who want to attend private schools or get home-schooled. But advocates say the program doesn’t go far enough to meet the demand, and only covers a portion of the expenses. The average grant in the 2019-20 school year was about $2,800.

Under the proposal, the public school dollars would essentially follow K-12 students if they decided to attend private or charter schools. The proposal would authorize annual grants ranging from $3,700 to $9,000 per student. The state currently spends about $3,800 per student. Most cities and towns supplement the spending with local property tax revenue.

The Sununu administration says the expansion of vouchers will save the state between $360 million to $393 million over the next decade.

An estimated 700 students would likely take advantage of the program in the next two years which would cost the state about $3.2 million, Sununu officials say.

New Hampshire is one of at least 10 states that have approved the use of educational freedom accounts for private schooling, according to the Josiah Bartlett Center.