New Hampshire is facing a lawsuit from a teachers’ union over a new program that diverts public dollars for children to attend private schools and homeschooling.

The litigation filed by the New Hampshire chapter of the American Federation of Teachers, alleges the state’s Education Freedom Account program is illegally diverting taxpayer money from the state lottery, which is intended for traditional public schools. 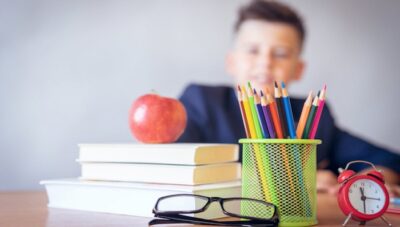 Under the law in New Hampshire, public school dollars follow K-12 students if they decide to attend private or charter schools. Families apply for annual grants ranging from $4,000 to $8,000 per student. Participants must be making under 300% of the federal poverty level, or $79,500 for a family of four, according to the state’s criteria.

The lawsuit, filed in a state Superior Court, specifically names Education Commissioner Frank Edelblut, and claims the funding mechanism for the program violates state law by tapping into lottery proceeds.

“Public school students are losing out on millions of dollars that are needed to fix leaky old buildings, purchase and maintain modern computer equipment, buy books and materials published at least in the last decade to support student learning,” Howes said.

“If Commissioner Edelblut wants to continue with his cherished voucher program, he needs to figure out a legal way to fund it, but definitely not on the backs of public school students,” she added.

A spokesperson for the state Department of Education declined to comment on the pending litigation.

The Institute for Justice, a Virginia-based libertarian public interest law organization, says it plans to intervene in the lawsuit “on behalf of parents currently using the Education Freedom Accounts to fund the education they choose for their children.”

New Hampshire is one of at least 10 states that have authorized the use of educational freedom accounts for private schooling.

Under the law, public school dollars follow K-12 students if they decide to attend private or charter schools. Families apply for annual grants ranging from $4,000 to $8,000 per student. Participants must be making under 300% of the federal poverty level, or $79,500 for a family of four, according to the state’s criteria.

The program is administered by the Children’s Scholarship Fund, a private, nonprofit organization that works under contract with the state.

Interest in the program has exceeded the expectations of state education officials. The state Department of Education said as of September there were 3,025 students in the program, compared to 1,572 in the previous school year, when it was launched.

Along with rising enrollment, the state’s costs are also steadily rising, the data shows. This year, the state will tap into $14.7 million from the state’s Education Trust Fund, which contains reserve funds for the program, according to state education officials. Last year, the state spent about $8 million on the program.

Supporters say the program is providing more opportunities for students who don’t want to attend public schools, and ultimately save the state money.

Critics say it siphons money and resources from public schools, and will force cities and towns to raise property taxes to make up for the loss of state funding.