Gov. Chris Sununu has signed a bill to prohibit drilling for oil and gas in coastal state waters off New Hampshire.

The bill was passed by both the New Hampshire House and Senate earlier this year, and signed by the governor during a ceremony last week at Ragged Neck State Park in Rye. 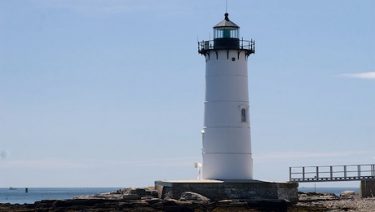 Several other states have passed similar legislation in response to a Trump administration proposal to search for energy resources along parts of the U.S. coastline.

The governor has expressed confidence that New Hampshire’s 18 miles of shoreline would not be part of the proposal, but stressed the importance of protecting it.

“While I received assurances from the Trump Administration that drilling would not occur off of New Hampshire’s coast, this bill will help ensure that future generations of Granite Staters have protections in place that prohibit offshore oil exploration,” Sununu said in a news release. “New Hampshire has a long and proud tradition of environmental stewardship, and today’s action to ban oil and gas drilling off of our pristine coastline is another step in the right direction.”

As published on the state Legislature website, SB 76 also specifies, “No tidal or submerged lands in coastal state waters shall be leased for the purposes of oil or natural gas exploration, development, or production.”

Exploration advocates with the American Petroleum Institute have said the state bans could be a detriment to local economies and national energy security.