Facing ever-increasing emissions standards, the heating oil industry is being forced to adapt or be regulated out of business.

Matt Cota, executive director of the Vermont Fuel Dealers Association, says the way forward for his industry is to commit to “net-zero carbon emissions” by increasing the use of biofuels.

“The Northeast’s heating oil industry has resolved to achieve net-zero carbon dioxide (CO2) emissions by 2050,” he said in a press release. “This ambitious goal was set at the Northeast Industry Summit held during the 2019 Heating & Energizing America Trade Show.” 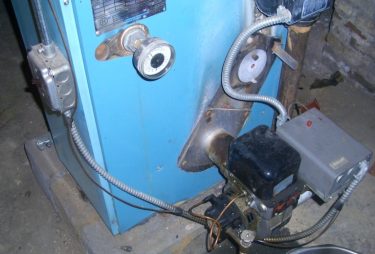 HEATING THE OLD FASHIONED WAY: Heating oil companies say they can use biofuels to adapt to increasing emission standards put on by the government.

Heating-fuel industry leaders passed a resolution calling for a 15 percent reduction in carbon emissions by 2023, then 40 percent by 2030, and finally 100 percent by 2050.

The resolution had support from more than 300 industry leaders from New England and New York who attended the Northeast Industry Summit.

Donnell Rehagen, CEO of the National Biodiesel Board, explained why he supports the change in direction.

“The heating oil and biodiesel and renewable diesel industries work together to provide homes and businesses with low-carbon fuel options,” he said. “We are excited to see this partnership strengthening and look forward to a continuing collaboration.”

“That’s the irony of it. People think that in order to get to net-zero, in order to reduce carbon emissions, you have to eliminate liquid fuels, particularly distillate, of which we use 200 million gallons in Vermont every year.”

“There’s a simple swap-out technology that costs the consumer nearly a [minimal] amount and you can get to net-zero,” he said. “The technology is here, the product is here, we’ve been using it for the past 15 years.”

“The current energy plan is to spend $15,000 heating the house with electricity, getting a new heater that doesn’t work during the coldest days of the winter. That doesn’t look like a good plan,” Cota said.

Currently, heating fuels are using around a 5 percent biofuel mix with the other 95 percent being the conventional nonrenewable type. Cota said the trick to getting those numbers turned around is not an economic challenge.

He said biofuels do “behave in small ways different from straight heating oil,” and producers need to find ways to store them in outdoor tanks, which endure colder temperatures.

Cota said it’s the Federal Renewable Fuel Standard that forces energy companies to take on biofuels or face penalties if they can’t comply.

“It’s been around for a decade; it’s a federal program that requires major companies to blend renewable fuel into their supply,” he said.

Asked how the support for embracing biofuels is catching on with lawmakers at the Vermont Statehouse, Cota said it’s a work in progress.

“I think there are a lot of people who are invested in the electrify-everything movement,” he added. “From an energy security standpoint, from a competitive standpoint, if you can achieve your carbon reduction goals and not cost the consumer any significant capital investment in new equipment, and continue to support the small businesses that have kept the economy going for the past 100 years, I think that’s a positive thing.”

Rep. Laura Sibilia, I-Dover, said she supports the fuel oil industry trying to adapt with these new emission policies, so long as the options are realistically viable.

“It is a great idea for the heating oil industry to think about how to get to net-zero emissions,” she said. “This proposal — I have no idea if it’s viable — but I welcome the industry doing this thinking, talking about this, and coming forward to participate in the conversation.”

She noted it’s in the best interest of Vermont that these fuel companies can continue to support the economy.

“I’m also not interested in seeing these companies perish,” Sibilia said. “Their employees, they provide them jobs.”