New Hampshire is poised to cut business taxes for the second year in a row under a plan working its way through the legislative process.

On Thursday, the state Senate voted 14-10 to approve a plan to cut the state’s business profits tax from 7.6% to 7.5% for most businesses beginning in 2023. The vote went along party lines with the measure opposed by the Senate’s Democratic minority. 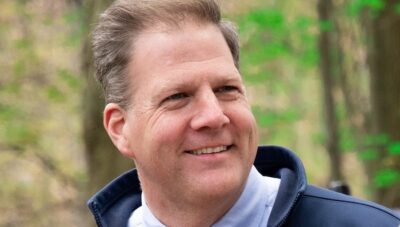 The tax cut is supported by Republican Gov. Chris Sununu, who has urged the GOP-controlled Legislature to take steps to make the state more competitive and business friendly.

Before approving the bill, the Senate tacked on an amendment to provide a one-time payment to local governments to cover 7.5% of next fiscal year’s pension obligations for retired teachers, police and firefighters. The state House of Representatives previously approved the tax cut, but will need to reconsider the bill with the Senate’s amendment.

New Hampshire has cut the state’s business profits tax several times over the past several years from a high of 8.5% in 2016.

The state Department of Revenue Administration estimates that the proposed reduction in the tax rate would cost the state $17.5 million over the next several fiscal years with an ongoing loss of about $8.5 million a year after 2025.

A two-year, $13.5 billion budget signed by Sununu last year reduced the state’s business enterprise tax from 0.6% to 0.55% and lowered the threshold to pay business taxes, which means fewer businesses will be paying the levy.

Democrats opposed the changes, arguing it would limit the ability of the state government to fund its operations and reward wealthy corporations that profited during the pandemic.

During Thursday’s debate, Sen. Cindy Rosenwald, D-Nashua, said the federal pandemic relief that has propped up the state’s budget in the past two years won’t last forever and argued that additional tax cuts would downshift more costs to local governments, forcing them to raise taxes.

“I know we know revenues are higher than expected, but let’s not kid ourselves,” Rosenwald told colleagues. “This will not continue forever.”

Sen. Jeb Bradley, R-Wolfesboro, argued that the tax cuts are improving the state’s competitiveness and recalled previous debates and claims that cuts would hurt state revenues.

“We were told it was going to blow a $90 million hole in the budget when we first cut business taxes,” Bradley recalled. “Guess what? Over a six-year period, business taxes were $650 million ahead, because we made New Hampshire more competitive.”

Still, a recent report by the New Hampshire Fiscal Policy Institute, a conservative think tank, suggests that the proposed reduction would disproportionately benefit a small number of large profitable corporations, while the vast majority of businesses paying the business profits tax would see a relatively small tax reduction.

Despite the concerns, New Hampshire’s booming economy has continued to fill the state’s coffers with excess cash from business taxation over the past year.

In April, business revenues were up $82.8 million over budget projections and more than $380 million this fiscal year, according to the state Department of Revenue Administration.

“Because we are more competitive,” Bradley said during Thursday’s session. “And we have to stay competitive in an increasingly recessionary environment.”