The Foundation for Government Accountability sued the U.S. Department of Justice after the department ignored its Freedom of Information Act (FOIA) requests about an executive order directing federal agencies to promote “access to voting.” 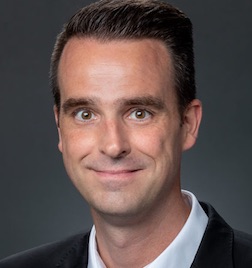 “DOJ’s decision to stonewall our lawful request under FOIA raises grave concerns that the Biden administration may be hiding the full details of these plans from the public and Congress,” Stewart Whitson, FGA’s legal director, said.

President Joe Biden issued an executive order last year directing the heads of all federal executive agencies to submit a strategic plan to his Domestic Policy Advisor Susan Rice within 200 days of issuing the order. The plan would detail their efforts to increase voter registration and voting even though their agencies have no statutory authority to have anything to do with voting.

The order states that obstacles exist for many voters, including long lines, disabilities, “voter identification laws and limited opportunities to vote by mail,” limited access to language assistance, and being denied the “ability to vote privately and independently.”

It states, “Executive departments and agencies … should partner with State, local, Tribal, and territorial election officials to protect and promote the exercise of the right to vote, eliminate discrimination and other barriers to voting, and expand access to voter registration and accurate election information …”

On July 30, 2021, the FGA requested copies of the strategic plans. Eight months, or 240 days later, it had received no documents, it said.

“FOIA requests are meant to provide Americans with transparency and reassurance that governing agencies using taxpayer dollars are acting thoughtfully, lawfully, and in the best interest of the American people,” Stewart Whitson, FGA’s legal director, said. “DOJ’s decision to stonewall our lawful request under FOIA raises grave concerns that the Biden administration may be hiding the full details of these plans from the public and Congress.

“With the mid-term elections mere months away, the American people have a right to know the full details of this unprecedented effort by the president before it is too late,” he added. “FGA will not rest until we get the American people the answers they deserve. If we cannot get those answers through FOIA requests, we will use the power of the courts instead.”

It’s “nearly identical to a federal election takeover plan crafted by the radical left-leaning group known as Demos,” they argued. OMB’s OIRA senior counsel, K. Sabeel Rahman, is the former president of Demos, appearing to present a conflict of interest, they said.

Federal law requires agencies to respond to FOIA requests within 20 business days, and sometimes an additional 10, after receiving the request.

To date, the DOJ has provided no documents in response to the FGA’s FOIA requests, it said, prompting the FGA to sue.

In January, U.S. Rep. Ted Budd, R-NC, led a congressional coalition raising “serious ethical, legal, and constitutional concerns” about Biden’s order. They wrote to Shalanda Young, acting director of the Office of Management and Budget, to provide specific information. They received no response.

Biden requiring federal agencies to engage in election-related activities was “a blatant overreach of power and authority,” they argued, pointing to conflicts of interest with Demos.

Davis said that in January, the Small Business Administration announced it was the first federal agency to apply to be a voter agency. Through its district offices, “small business owners and others will have the services they need to ensure their voices are heard at the ballot box and fair representation for their communities,” it said.

But SBA’s mission doesn’t include assisting small businesses with voter registration, the congressional delegation argues, neither does the USDA’s.

They point to the USDA’s Food and Nutrition Service sending letters to state agencies in March, encouraging them to provide local program operators with promotional materials, including voter registration information. Many receiving food subsidies are low-income non-citizens and non-native English speakers who could receive voter registration information through this initiative, even if by accident.

A directive to have federal agencies that have nothing to do with voting and no voter registration oversight encouraging people to vote only creates an opportunity for fraud on a massive scale, and “is only a backdoor plan for Biden to influence elections,” Budd said.

Images courtesy of The White House and FGA