Opponents of new state legislation that would charge for plastic shopping bags in New Hampshire contend it will be a burden on consumers and retailers.

The measure, HB559, which is before the House Municipal and County Government committee, would unduly penalize businesses that don’t want to charge their customers more than they have to, John Dumais, president and CEO of the New Hampshire Grocers Association, told The Center Square. 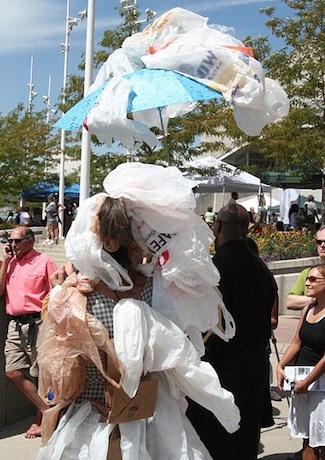 The majority of the grocer association’s members are small businesses who would face pushback from customers, due to the bill’s mandate to charge a 10-cent fee on the first 5 shopping bags provided by the stores.

“We don’t see a need to penalize consumer, retailers and state revenue by having this legislation go through,” Dumais said. “Are we really making a difference environmentally by charging consumers more and retailers more? We want everyone to do their part on a voluntary basis.”

During testimony in front of the committee last week, Dumais spoke about an alternative solution, a national public awareness outreach initiative known as the Wrap Recycling Action Program, which is said to recycle more than 1 billion pounds plastic bags and wraps every year.

Items are recycled at no charge to the consumer and remain in high demand by manufacturers who want to recycle the products, rather than buying higher cost raw materials, according to Dumais.

“Our association’s members believe in voluntary efforts, driven by individual financial abilities and customer preferences, rather than a ‘one size fits all’ mandate,” Dumais testified.

The majority of the grocer association’s members are small businesses who would face pushback from customers, due to the bill’s mandate to charge a 10-cent fee on the first 5 shopping bags provided by the stores. The fee would unduly cut into budgets of those on fixed incomes, Dumais added, essentially compelling them to pay for bags instead of food.

“So rather than the state collecting the revenue (and a bad reputation), it mandates retailers must charge the 10 cents, which is then called a ‘fee,’” Dumais testified. “That hidden ‘tax’ means grocers would receive the consumer’s resentment and not the state.”

While a number of states, including Maine and Vermont, have enacted plastic bag legislation, New Hampshire lawmakers have sought solutions for years but not yet reached a compromise. State Rep. Judith Spang, D-Durham, the sponsor of HB 559, has said she wants legislation that satisfies all parties to finally be successful in the next legislative session.