But as this battleground state gears up for the Nov. 3 election, the state Republican Party says some of those younger voters should not be part of the equation.

In a letter to Attorney General Gordon MacDonald, the GOP calls on the state to declare that students from out of state who are studying remotely this fall are “not eligible to vote in New Hampshire.” The party asks the AG’s office to direct local election officials to verify a current New Hampshire address before registering students to vote or providing them with an absentee ballot. 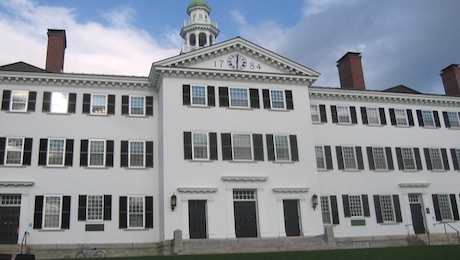 “Because New Hampshire is a swing state, there is a great deal of incentive in a presidential election to increase the number of voters each party can get to the polls. That is salutary,” GOP attorney Sean List wrote in the Oct. 15 letter. “But for the elections to be legitimate, only qualified New Hampshire voters should be allowed to participate.”

State law allows students who are temporarily living in the Granite State to claim residence and vote, but List argues the statute doesn’t cover those studying remotely during the COVID-19 outbreak.

The GOP is weighing a legal challenge to block election clerks from registering out-of-state students, he added, but would prefer to “avoid the disruption of litigation so close to the election.”

In response, the AG’s office said the law provides that “any person who has established a domicile in New Hampshire … but who is temporarily absent from the state by virtue of the COVID-19 pandemic or any other reason, remains domiciled in the state unless he or she establishes domicile elsewhere.”

“Once a student lawfully established his domicile in New Hampshire the student does not lose his or her domicile due to temporary absence,” Assistant District Attorney Nicholas A. Chong Yen wrote in a letter to List.

Still, he suggested that the law doesn’t allow last-minute voter registrations by out-of-state students who haven’t yet established a residency in the state.

“Thus, a person who had never established a physical residency New Hampshire cannot be domiciled in the state for voting voting purposes,” he wrote.

The state’s Democratic Party has blasted the GOP’s request as voter suppression, accusing Republicans of using “dirty tricks” to keep young voters away from the polls.

“[The] Attorney General letter confirms that this is all their latest ploy is – another trick – with no basis in law nor reality,” Holly Shulman, a spokeswoman for the New Hampshire Democratic Party, said in a statement Wednesday.

“Well, if they’re not living here then they aren’t residents, so why should they be allowed to vote?” she said. “It’s common sense.”

Political observers say students are a sizable chunk of the New Hampshire electorate that helped tip the state vote to Clinton in 2016, though she ultimately lost the election nationally.

“It’s a significant bloc,” said Neil Levesque, executive director of the New Hampshire Institute of Politics at Saint Anselm College. “If you take 60,000 students from the University of New Hampshire system – and about half of them go somewhere else to learn remotely and don’t vote here – the impact on the election would be huge.”