The New Hampshire Executive Council has blocked funding for the state’s reproductive centers amid concerns the money will be used for abortions and emergency contraception.

In a 4-1 vote, the Republican-controlled council rejected contracts totaling $1 million to four health-care organizations that provide cancer screenings, testing and treatment of sexually transmitted diseases and contraception to an estimated 17,000 residents in the state. 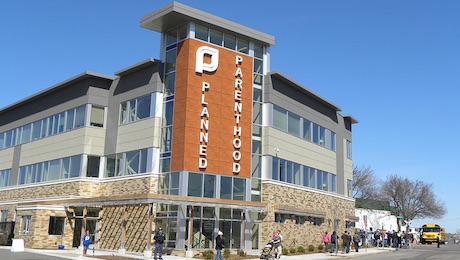 The proposed funding for Planned Parenthood of Northern New England, Lovering Health Center and Equality Health Center, which had the support of Republican Gov. Chris Sununu, would have come from a mix of state and federal funds.

In a request to the council, Health and Human Services Commissioner Lori Shibinette said the funding was needed to help keep “critical public health services” like reproductive and family planning services “affordable and accessible.”

This was the fourth time that the council had rejected contracts proposed by state health officials for Planned Parenthood in other groups.

The four Republican counselors who voted to reject the funding didn’t say why they oppose the contracts, but several of them voiced concerns on Thursday that the money could be used for abortions and emergency contraception for teenagers.

Councilor Dave Wheeler, a Republican, said during Thursday’s meeting despite assurances from state officials to the contrary he believes the state and federal funding will help “subsidize the abortion industry.”

“I don’t buy the fact that the money is not commingled by the abortion providers,” he said.

Councilor Ted Gatsas, a Republican, noted his objections against minors being able to access emergency contraception without parental consent.

Councilor Cinde Warmington, the panel’s lone Democrat, said the services provided by the clinics are “more crucial than ever” in the state amid concerns that access to contraception could be limited.

“These services that we are talking about are about contraception, and about sexually transmitted disease testing and treatment, and about cancer screenings, and not about abortion services,” she said in remarks.

Kayla Montgomery, a spokeswoman for Planned Parenthood of Northern New England – which would have received $306,450 from its contract – called the council’s vote “outrageous” and said it comes as more women are seeking access to long-term birth control following the U.S. Supreme Court’s decision to overturn Roe v. Wade.

“This vote is yet another reminder that these extreme politicians want to ban abortion and also make it harder to access birth control,” she said in a statement on social media. “They don’t care about science, or facts, or supporting good public health outcomes.”