By Sarah Roderick-Fitch | The Center Square 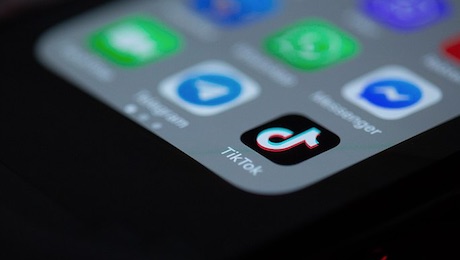 New Hampshire joins a growing list of states that have banned TikTok and other Chinese-owned tech companies from government-issued devices.

“TikTok can harvest large amounts of data from devices it is installed on including when, where, and how the user conducts internet activity,” the executive order stated.

New Hampshire joins a growing list of states that have banned TikTok and other Chinese-owned tech companies from government-issued devices.

In addition to the growing number of states, Sununu’s executive order comes on the heels of bipartisan legislation passed in the U.S. Senate on Wednesday evening to ban TikTok from federally-owned devices. The Department of Defense, the State Department and the Department of Homeland Security have already had bans in place restricting the app from government-owned devices. In 2020, the Pentagon issued a stern warning to all military personnel that they should delete TikTok from their smartphones.

In addition to TikTok, Sununu has also banned apps owned by the Chinese firms Tencent and Alibaba. He even went as far as banning telecommunications hardware and smartphones made by Chinese companies including Huawei and ZTE.

Sununu stated the ban is vital to the “safety, security, and privacy of the citizens of New Hampshire.”

The Department of Information Technology will have 30 days to develop and implement a plan to remove any of the banned hardware and software from state networks. The plan also includes a Statewide Cybersecurity and Awareness training program.