On WDEV radio last week, outgoing state Sen. Corey Parent, R-Franklin, interviewed one Republican and one Democrat state lawmaker to hear their views on the election and its potential impact on the upcoming legislative session.

Ashley Bartley – a new GOP representative at the Statehouse

Ashley Bartley is among the new representatives from the Republican Party to win on Nov. 8. She represents the Franklin-1 District.

Parent asked Bartley what issues were most important to voters out on the campaign trail, and she said people are thinking about thir money.

“Affordability, nine times out of ten when talking to somebody, that was their main concern, [and] about how they are going to pay for their groceries — and also the carbon tax,” she said.

Bartley added that workforce development is another policy area she expects to be a priority in Vermont, and that her business experience would be a guide for her on shaping policy.

“In my day-to-day business life I am the director of Human Resources and Operations [for Neville Companies, Inc.], and we’ve been seeing the impacts of how COVID changed the workforce, and how most people feel that we are outside of the pandemic but it’s still really affecting our workforce and our labor markets,” she said.

This year the Vermont GOP lost ground in putting representatives at the State House. Republicans now make up just 38 out of 150 seats in the House, while maintaining seven in the Senate.

Bartley talked about what might be done differently in future elections to try and turn things around.

“[We need to] make the phone calls, go door-to-door, as chilly as it is, and do the sign waves,” she said.

She also said redistricting may have caused some confusion for voters. For example, part of Georgia was carved out and inserted into another district with Milton.

“I heard from a lot of people just days before the election that ‘when I got mailed my ballot I didn’t see your name — how come that is? I thought you were running in Georgia,'” she said. So there is a lot of confusion, and I’m hoping that after this election people will be able to kind of differentiate [the new districts].” 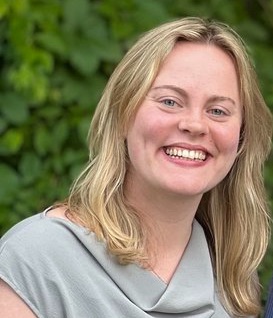 Rebecca White, a Democrat from Hartford, has served in the Vermont House for the past four years. On Nov. 8 she won her race to become one of the state’s new senators from Windsor County.

In her interview on WDEV, she commented that her time in the State House was marked by a “follow the leader mentality” among colleagues.

“In the House, with 150 people, there is a follow-the-leader mentality which is needed — I’m not doubting that as an important thing,” White said. “But whatever your leadership is, whether it be your party or it’s the chair of your committee or a caucus, there’s not a lot of opportunity to be individual on certain issues, even if that’s how you feel.”

She said the economy differs based on where one lives in the state.

“We’re both experiencing thriving downtowns like in my hometown in White River Junction, and we’ve seen struggling downtowns such as Springfield,” she said.

White also discussed how the newer generation of younger politicians is using the internet and social media to engage with voters.

“When you look online you can find tons of information on how I feel on certain topics. That engages a whole group of people who wouldn’t go on the state legislative website and search my vote record,” she said.

4 thoughts on “New GOP House member: Affordability 9 times out of 10 was main concern for voters”