This week saw some movement in various races and public board seats, including a new GOP candidate for state treasurer, a Democrat state senator who has dropped out of the race for Vermont’s U.S. House seat, and a new board member on the Rutland City School Board.

In a statement announcing the decision, Ram Hinsdale says she will focus on local politics, which means “continuing to champion working people, climate action, and our civil rights here at home.” 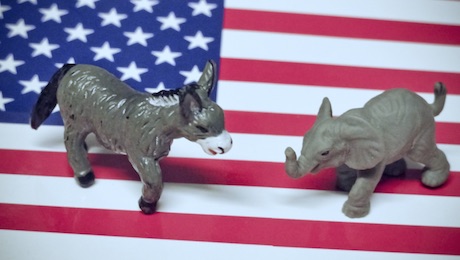 Lt. Gov. Molly Gray, who is another candidate in the U.S. House race, offered friendly comments.

“Since Senator Ram Hinsdale was a student at UVM, she has been a bold, passionate voice in our state’s politics,” she wrote. “I’ve witnessed her advocacy and leadership firsthand in the Vermont Senate and on the campaign trail. Senator Ram Hinsdale will be missed in this historic race — but I know her work for Vermont, and our work together, are far from over.”

Another Democrat candidate in this primary race is Sianay Chase Clifford, an Essex resident with experience working for U.S. Rep. Ayanna Pressley, D-Mass.

Running for U.S. House on the Republican side are Burlington accountant Ericka Redic and Orleans County GOP Committeewoman Anya Tynio.

In other campaign news, Vermont resident Kevin Divney filed his petition to run for State Treasurer in the Republican primary on Thursday. According to the GOP, Divney’s credentials as an economist and public figure are some of his strongest assets.

“Divney is a Chartered Financial Analyst who lives in Londonderry, VT and has been a frequent guest on several shows that serve financial audiences such as Bloomberg TV and CNBC’s Squawk Box,” the announcement states. “He has managed investment funds with assets over $12 Billion, which is roughly 50% larger than the entire budget for the State of Vermont.”

Divney, who is also a 2nd Lieutenant in the Civil Air Patrol says that politics are new territory.

“Politics is something new to me,” said Divney. “I’ve always worked in the private sector, but I believe that experience is an important asset in the role of State Treasurer. It will allow me to provide a new perspective that can really improve how the office operates and serves Vermonters.”

“He has an incredible background and experience, and even though he is new to politics, he is a natural as he has transitioned from Wall St. to Walmart while he was collecting signatures earlier this morning,” Dame wrote. “The Treasurer’s race just became an important race to watch for Vermont Republicans.”

Divney will face fellow GOP candidate H. Brooke Paige in a primary. The winner could face former financial regulation commissioner Michael Pieciak on the Democrat side.

Candidate recommended by the mayor for Rutland City School Board

The mayor of Rutland has recommended Rep. Peter Fagan, R-Rutland City, to fill an open seat on the city’s school board. In addition to his experience with the Vermont Legislature, Fagan already has school board experience. He also is a military veteran.

Mayor David Allaire said Fagan, who is also a retired local school commissioner, is someone who might be able to bridge divides on the board. Fagan indicated he will accept the call for public service.

During Fagan’s time inside the Statehouse this year, he worked on securing public funding to support an expansion of nursing services throughout the state. Fagan chose not to run again after this term.

The school board will interview Fagan June 14 and vote on his nomination in August.

One thought on “New GOP candidate for treasurer, one less Democrat in U.S. House race, new Rutland School Board nominee”