The Trump administration is rolling back motor vehicle regulations in a way that will likely save lives and money. What they have proposed to do is set new SAFE fuel efficiency standards, freezing the Obama administration’s CAFE standards in 2019, abandoning the requirement that manufacturers attain an astounding 54 miles per gallon by 2025.

Car manufacturers are currently obligated to meet miles-per-gallon fleet minimums that increase with each passing year. SAFE would not remove this obligation, but it would make the requirements less burdensome. This is good news for consumers as well as the automakers. 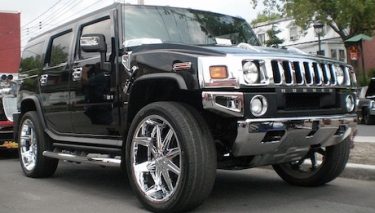 With SAFE efficiency standards, automakers can refocus their designs to prioritize human safety.

The National Highway Transportation and Safety Administration (NHTSA), in partnership with the Environmental Protection Agency (EPA), believes that the SAFE rule will “reduce highway fatalities by 12,700 lives (by 2029).” That’s over 1000 lives saved each year, some of which would likely be in Vermont.

How are those lives saved? CAFE standards were designed with the intent of reducing carbon emissions, without regard to driver and passenger safety. Therefore, in order to meet the extreme efficiency standards, vehicle manufacturers were forced to lighten the makeup of their vehicles, making them more vulnerable in collisions with heavier vehicles. As anyone who has taken a physics class knows, whenever a heavier object strikes a lighter object, the lighter object will suffer the most damage. With SAFE efficiency standards, automakers can refocus their designs to prioritize human safety.

In addition, the adoption of the new standards is estimated to save Americans $2,700 per new vehicle purchased. This may very well be the difference between a family purchasing a used vehicle that pollutes and a new clean and efficient vehicle that is better for the family and the environment. Talk about a win-win.

One thought on “Flemming: New fuel efficiency standards will save lives and money”