For the first time, patients will know how much a procedure costs and have the option to shop around for services instead of being shocked by a bill after the fact, once two new rules are implemented requiring medical cost transparency.

Both rules require that medical pricing information be made publicly available and were devised in response to an executive order issued by President Donald Trump requiring healthcare price transparency. 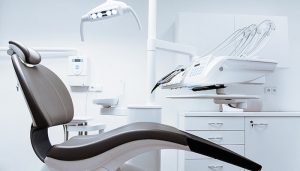 The proposed Transparency in Coverage rule would require health plans to give consumers real-time, personalized access to cost-sharing information, and disclose on a public website their negotiated rates for in-network providers and allowed amounts paid for out-of-network providers.

“Under the new price transparency rule, hospitals will soon be required to publish the price of everything from individual medical supplies to the total cost of common procedures,” Trump said.

The Transparency in Coverage rule requires most employer-based group health plans and health insurance issuers offering group and individual coverage to disclose price and cost-sharing information to participants, beneficiaries and enrollees up front, HHS says. Patients would have accurate estimates of any out-of-pocket costs and be able to compare services and costs.

Once finalized, the proposed Transparency in Coverage rule would require health plans to give consumers real-time, personalized access to cost-sharing information, and disclose on a public website their negotiated rates for in-network providers and allowed amounts paid for out-of-network providers.

According to a 2019 consumer healthcare survey conducted by Transamerica Health Savings, 37 percent of patients said they were billed for a health treatment or service they were told or thought was fully covered by their insurance plan.

The two most important healthcare factors respondents identified were being able to pay for necessary care (32 percent) and being seen in a timely manner (28 percent).

“Whether it is paying premiums, out-of-pocket health costs, the level of deductibles, affordability is top of mind,” the survey says. “This concern and the realities of costly care can impact whether consumers receive the healthcare they need to maintain or regain their personal health.”

The new transparency rule changes “may be a more significant change to American healthcare markets than any other single thing we’ve done, by shining light on the costs of our shadowy system and finally putting the American patient in control,” Department of Health and Human Services (HHS) Secretary Alex Azar said.

A new online tool would be developed to include an estimate of a patient’s cost-sharing liability for all covered healthcare items and services, enabling them to shop and compare costs between specific providers before receiving care.

“Making this information available to the public is intended to drive innovation, support informed, price-conscious decision-making, and promote competition in the healthcare industry,” HHS says. “Making this information public creates new opportunities for researchers, employers and other developers to build new tools to help consumers.”

The rule changes gives patients “the same flexibility with the cost of health care services they’ve come to expect from other services, like buying a car or plane tickets,” Josh Archambault, senior fellow at the Foundation for Government Accountability, told The Center Square. “This rule will help families save thousands of dollars, whether they’re shopping for a one-time procedure or for treatment for a chronic condition.”

The hospital transparency rule will provide patients with clear, accessible information about their “standard charges” for the items and services, “making it easier to shop and compare across hospitals, as well as mitigating surprises,” HHS says. The final rule will require hospitals to make their standard charges public beginning in 2021.

After Trump announced the transparency measures Friday, four major hospital companies said they would file a lawsuit to block them, saying they should be able to negotiate with insurers without government interference.