In a radio interview on “The Morning Drive” with Marcus Certa and Kurt Wright on Friday, new Essex School Board member Elizabeth Cady took aim at a new ideology being pushed in education — critical race theory.

“I think that creates a culture of shame, feeling shame for something that you cannot control. And when you are ashamed of something, you don’t try to better it — you try to hide it, you try to destroy it,” she added. 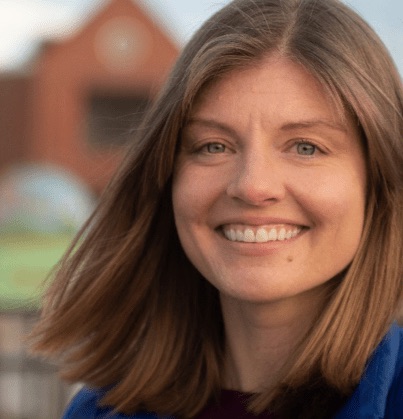 Cady, a young mom and part-time assistant teacher from Essex Town, made news in April by beating out six-year incumbent school board member Liz Subin, a climate justice activist. She did so in part by supporting school choice and opposing the Black Lives Matter political organization.

During the program, she said those pushing critical race theory are not open to public discourse.

“The question of critical race theory has been brought up in our schools and it is quite a concern,” she said. “And it’s a concern when we can’t have an open dialogue about it and know do we have critical race theory for certain, and what does our community feel about it. Do they have the presentation of all of it, and do they support it, and do they support their tax dollars going towards it?”

She shared a quote from Montana Attorney General Austin Knudsen on the matter.

Wright noted that the school’s administration claims critical race theory is not part of its curriculum. Cady countered that the issue isn’t so clear cut.

“On May 4, the Equity Inclusion Director Erin Maguire confirmed two times in that meeting that Essex Westford was using critical race theory in a program called ‘Courageous Conversations,'” she said. “However a week ago a message came out from the district saying that the district is not using critical race theory. So I believe there is some confusion there that needs to be cleared up.”

Wright shared his experiences with what seemed to him like critical race theory being applied in implicit bias training that he was put through.

“It’s very concerning to me, I’ve been through some training that wasn’t called ‘critical race theory,’ but it was implicit bias training, and we talked about ‘Courageous Conversations,'” Wright said.  “But when I was in the training, when I agreed with some of it but disagreed with others, I was basically, you know, put down — you don’t challenge this. They didn’t want to have these courageous conversations. They basically wanted to tell me the way I need to think, and if I challenged any of it, then I told it was white fragility.”

At the Vermont Rural Development Council held the “Summit of the Future of Vermont” on Wednesday, Vermont NAACP president Mia Schultz, along with other social justice leaders, shared frustration that there’s been “pushback” at the selectboard and school board levels against critical race theory.

“We’re seeing pushback in the actual implementation of these equity statements and these inclusion statements that we’ve crafted so well, Schultz said. ” … And the school boards are being infiltrated.”

Cady said that the constant push for equity in all sectors of life is the wrong approach.

“Equity is wanting the same outcome … for everybody to kind of look the same at the end, and we know that students are individuals,” she said. “Parents obviously see their children as individuals, where they excel in certain subjects, and I feel like we should be encouraging students to excel in what is natural to them, and making certain that we are providing them to become individuals rather than be all the same.”

Cady was adamant that the residents who elected her to the board want her to be asking hard questions about equity and the critical race theory.

“I of course have opinions, as I’m a person. But the comments and the questions that I get from the community members, I want to make sure that those voices are represented,” she said.