The Vermont Legislature — already seeking a more central role in how Vermonters learn, where they live, how they travel, what they smoke, and how their property may be used — is taking testimony on a bill to place all state police powers under a single, new state agency.

S.182, sponsored by Senate Government Operations Committee Chair Jeanette White, D-Windham, creates a plan to elevate a new Agency of Public Safety to lead a new “hierarchical structure” over all state and county enforcement, including:

Municipal law enforcement is not included. S.182 incorporates many ideas included in a Jan. 14 report by Public Safety Commissioner Michael Schirling claiming that single-agency consolidation would save money, allow more sharing of resources, and reduce redundancy – the usual justifications for centralization. 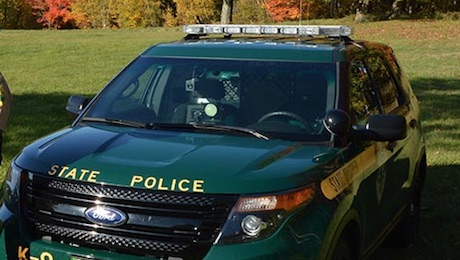 Vermont State Game Wardens, prison guards, county sheriff departments, and all other state law enforcement would work under a new state Agency of Public Safety, according to a bill introduced by the influential chair of the Senate Government Operations Committee.

Critics of the bill say it won’t work that way in practice.

Years ago, during a previous state government reorganization, “we were assured the game warden force would remain independent,” Evan Hughes of the Vermont Federation of Sportsmen’s Clubs said in a State House interview today. “We want them to be in an agency where their skills are properly utilized. You can create an agency on a flowchart that looks efficient.  But in practice it’s not effective or efficient. The best utilization of resources is done by those aware of the mission and skills of the game wardens.”

Another critic said the bill discards the sound management principle of vertical integration in favor of less practical ‘horizontal integration.’

Time will tell if S.182 becomes law. The same is true of other bills and initiatives that would claim a more centralized role for state government in the following aspects of daily life:

Education – the State Board of Education continues to defend in the Vermont Supreme Court its forced merger of school districts; a decision is expected in two months. Yesterday a key legislator for education said there will be no ‘school choice’ legislation this year.

Firearms – legislation includes a 24-hour waiting period for the purchase of a firearm, seizing firearms from people charged with domestic violence, and banning the manufacture, export and possession of high-capacity ammunition magazines. Also. Sen. Phil Baruth (D-Chittenden) has sponsored S259, banning the carrying of semi-automatic weapons in public places.

Smoking – bills in the House and Senate would ban the sale of menthol cigarettes, as well as vaping products. Meanwhile many legislators supporting this ban also support the legal commercialization of marijuana.

Housing – H.719 would require state Renewable Energy Building Standards certification and inspection before any new single-family home can be occupied.

Energy – an energy expert advised the House Energy & Technology Committee this week that under H.688, the Global Warming Solutions Act, the State of Vermont could stop power in times of peak demand to ‘millions’ of appliances including refrigerators and hot water heaters, without home owner consent.

Land use and development – The revision of Act 250, still ongoing, would require rigorous climate change restrictions and limit home construction on ridgelines and in forests, while easing restrictions for home development in certain urban centers.  It also would require local and regional development plans to conform with Act 250 standards and would eliminate a system