This commentary is by Myers Mermel, of Manchester. He is a Republican candidate for U.S Senate.

Like many people, I am very concerned about rising crime in Vermont. I have been speaking to some of the most senior law enforcement officers across our state, who have answered my questions as they would answer the questions of any citizen. I haven’t gotten special treatment, but I have promised them that I will not reveal their identities as they do not want to be involved with politics. What I have discovered and confirmed has shocked me. Some may well be aware of the problem, but for others, let me outline it for you. I will start with my conclusion and then provide you with the assumptions. I think a reasonable person would be hard pressed not to agree with me.

The conclusion is that a lack of crime data reporting by the Department of Justice, whatever the motive, is undermining the efforts of Vermont law enforcement to increase public safety. 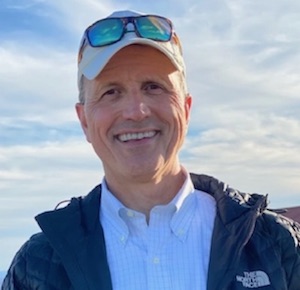 What that means is that the citizens of Vermont have absolutely no way of knowing what has been happening with crime across the state for the past year and a half. We can’t identify troubled areas and fix them. We don’t know what types of crime are up or down. We don’t know the situation on the ground. And here’s the bad result: Since the citizens do not know what’s happening, they cannot support law enforcement when it asks for more resources. We know our police are suffering scores of resignations and are having trouble recruiting. When they ask for help like last summer in Burlington, instead of getting help from the public, they are attacked for fear mongering.

But how is the public to know to help if it doesn’t have the information? When the police are short-staffed, they cannot function as well and as widely. Making the police suffer shortages in staffing through resignations achieves the same result as defunding. The lack of accurate data reporting is preventing the public from knowing about crime and the public from coming to the aid of the police. The result is that police staffing is suffering, and morale is low. A lack of timely public crime information is undermining our law enforcement. As crime worsens without public knowledge, police ranks are shrinking. Lack of timely information is a contributing factor in the hollowing of our police forces over the past year and one half.

Let me point to the particulars. The state, through the Vermont Crime Information Cente,r used to issue a yearly Crime Report. (See: https://vcic.vermont.gov/content/calendar-years-2010-2019 ). These crime reports stopped being released publicly after 2016. These reports are the basis of what we need (using all 56 crime types in the report). Vermont then moved to an incident reporting system called the National Incident Based Reporting System (NIBRS). The policing incidents that go into NIBRS are reported to the Department of Justice. The summaries of incidents are only found in the Department of Justice Crime Data Explorer (see: https://crime-data-explorer.fr.cloud.gov/pages/home ). As you can see for Vermont, in the Crime Data Explorer, the last statistics are from 2020. The reason given for the delay is that the particulars of each incident could change once more information is eventually known, so nothing is reported. That’s like me saying I can’t tell you what time the sun rose today because the time will change a few weeks from now. They should report what happened and then revise it, if need be, but they don’t do that anymore.

I would like to think that the Department of Justice is making an honest mistake. Politics should never compromise public safety. But why does it take a year and one half to tabulate crime? The facts are that the system became unavailable six years ago and then was turned off after the national election in 2020.

We know that crime has risen, and many public figures have pushed for police defunding. This makes me inclined to think the delays in crime reporting might not be accidental. We know that crime was at a statewide 10-year high at the beginning of 2021 when Christina Nolan was replaced as U.S. Attorney by then acting U.S. Attorney Jon Ophardt (see: https://www.news10.com/news/vt-news/vermont-public-safety-officials-violent-crime-at-highest-level-in-10-years/ ). The citizens do not know what has happened in Vermont since then.

As a candidate for U.S. Senate one of my primary tasks, if elected, would be coordinate the federal response with the state government to ensure the safety of our citizens. I would radically reform the current system as it now exists. I believe Vermont must control and publish its own statistics, ideally on a quarterly basis, regardless of what the Department of Justice does. If we are to come to grips with the problem, we need to consider a reporting system like Chief Bill Bratton constructed for cleaning up crime in New York City in 1990s. We don’t need to buy new systems necessarily, but we need to adapt what we have. Current and accurate crime information will allow the public to support the police with resources, will restore police staffing, and will improve morale.

The current crime situation in Vermont appears to be worsening rapidly. We don’t have the data to fix it because we no longer have statewide crime summaries through the Department of Justice, whatever the reason for the delay. We need to ensure that Vermont receives the proper and timely reporting of crime statistics so that we can properly address rising crime.