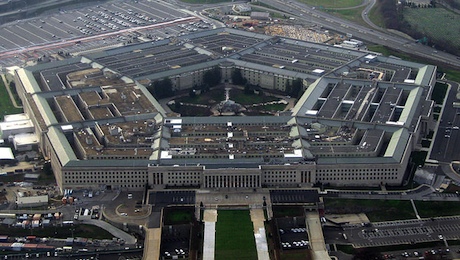 The Pentagon, headquarters of the United States Department of Defense.

The head of the Pentagon’s Defense Security Service says the troubled and clogged process to grant security clearances has led to criminals receiving access to classified information.

The Defense Security Service grants temporary security clearances for civilian workers and contractors, and the Department of Defense (DOD) has been so hard pressed for employees with clearances that some criminals have slipped through.

When asked how many murderers he had found with security clearances, Payne said “It’s more than several. I would say less than a dozen.”

The Pentagon typically needs thousands of new security clearances each year in order to maintain new research and weapons acquisition, but the Office of Personnel Management, which conducts background investigations for clearances, has a backlog of around half a million cases.

Some candidates for top secret security clearances wait more than a year. When a contract is on the line, an engineer working for a defense contractor could wait for months while his or her clearance comes through, costing the company around $725 per day, which is rolled into the overhead cost of the contract. In response to the issue, the DOD grants temporary clearances, even though the process doesn’t catch all criminals.

“If we did not give these individuals interim clearances, the production of these programs would shut down,” Payne said. “It would have a horrific impact.”

The backlog in processing clearance applications dates back 2014, when the government’s main contractor for investigating a candidate’s suitability for a clearance was let go for allegedly falsifying background checks.

That contractor, USIS, initially came under fire for granting a security clearance to Edward Snowden, then an NSA subcontractor, who stole and leaked classified documents from the government.