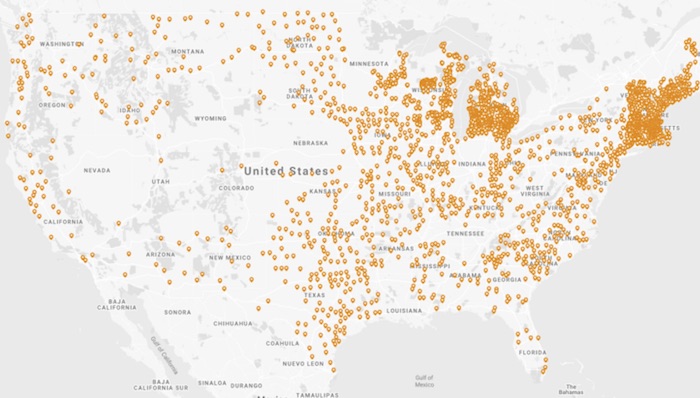 Center for Tech and Civic Life grants for elections were popular in the Northeast and Michigan. More than 100 Vermont communities received grants from the election support group founded by Facebook founder Mark Zuckerberg.

“Many clerks also received funding support from the Center for Tech and Civic Life,” Barre City Clerk Carolyn Dawes told the House Government Operations Committee on Jan. 19. The $5,000 grant paid for plexiglass shields for election workers, she said. “That was very helpful.” Fairlee used its $5,000 grant for PPE and safe-distance signage, the Fairlee town clerk told the committee.

A list of the 112 Vermont communities receiving the grant may be found at the following link. The Google Doc listing the Vermont communities would not allow the names to be cut-and-pasted. Vermont Daily had to request permission to “the Editor” – as of this writing no response has been forthcoming.

Facebook received criticism during the final days of the 2020 general election in Vermont and nationwide for suspending accounts of conservative candidates and voters based on their posts.