Last week, I spent three days promoting Central Vermont as the premier tourism destination. I participated in The New York Times Travel Show, considered by many to be the most important travel show in the country. The Vermont Associations of Chamber of Commerce Executives (VACCE) sponsored a booth at the show. The Central Vermont Chamber of Commerce and several of our colleagues took advantage of the opportunity to promote our respective regions. 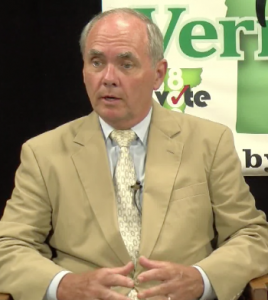 Tourism is a very important part of the state’s and our region’s economy.

In 2017, the Vermont Department of Tourism and Marketing released its latest biennial report on the impact that tourism has in the Green Mountain State. The report looked at data from 2015 and it is compelling to say the least.

In 2015, there were 13 million visits that translated into 21 million visitor nights. Overall, tourism constitutes approximately 8 percent of the state’s Gross Domestic Product or the overall value of everything produced in Vermont.

Consider now the broader impact that tourism has on the economy. The World Travel and Tourism Council puts the tourism multiplier effect at 3.2. Stated another way, for every $1 spent directly on tourism, it has a re-spend rate of 3.2 times. In other words, that $2.6 billion is actually worth $8.32 billion to Vermont.

Where is all of that money spent? There are the obvious places: restaurants, hotels and attractions (ski areas, golf courses, campgrounds, museums, galleries, etc.). Then there are the not-so obvious places: convenience stores, gas stations, retail establishments and Vermont’s ubiquitous parking meters.

In 2015, receipts for lodging were $475 million. Visitors spent $450 million in restaurants and bars and another $340 million on recreation. Grocery and convenience stores pulled in $100 million while visitors spent $240 million in other retail establishments. The key here is the word “visitors.” The fact is that we are importing those dollars into our state, a very important factor to our economy.

Keeping accommodations, restaurants and attractions appealing requires spending on upgrades, renovations and new construction. In 2015, the tourism industry was responsible for $100 million in construction spending.

So, back to the tourism show. I gave specific Central Vermont tourism information to nearly 1,500 guests who came to our booth. Will they ultimately make it to our region? If the enthusiastic response that I received from them is any gauge, I would guess that many of them are making plans already.