MONTPELIER — The Montpelier Roxbury Public School district is partnering with Talkspace, an online therapy platform, to deal with the growing need for mental health services in Vermont, particularly among youth.

Superintendent Libby Bonesteel said the partnership came about after community members expressed concerns that there weren’t enough mental health providers in the area, especially for adolescents. 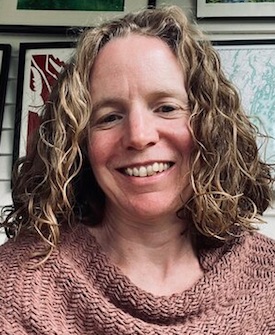 “We wanted to ensure that our community had easy access to mental health services,” Bonesteel said. “So Talkspace isn’t just for our students, but it’s also for staff members and their families, too.”

Online therapy provided by Talkspace is available for any student who is at least 13 years old, all staff members and their dependents. The service is funded through a federal pandemic-relief bill that sent $60,000 to the district for the partnership. That way, the service is free for users.

The district decided on Talkspace as a partner because of a recommendation from the school district’s community liaison, Nick Connor, who works with families and students who struggle to engage in academics.

“Talkspace was what we were looking for, and they could maintain confidentiality in the way that we needed them to,” Bonesteel said.

Meeting the mental health needs of students has been an ongoing problem for many schools across Vermont — and things have gotten harder in recent years. Jay Nichols, executive director of the Vermont Principals Association, said students have been experiencing more mental health issues since the start of the COVID-19 pandemic.

“There are a lot more mental health issues for students, more serious for those dealing with trauma,” Nichols said. “The pandemic has not been kind to kids in terms of mental health, and our primary schools’ need for mental health services skyrocketed.”

Nichols said Vermont communities need to be taught about mental health issues, too, and that if Vermont’s students don’t receive the resources they need, they could be at risk for dropping out or dying by suicide.

“With mental health issues, we see higher rates of suicide and higher rates of dropout,” he said. “For kids who drop out, they are less likely to contribute to society in a positive, meaningful way.”.

Mental health services have been increasingly strained in recent years. The number of vacancies at state-designated mental health agencies and developmental disabilities service providers jumped from 500 spots in June 2020 to more than 860 in August 2021, according to a report earlier this year from nonprofit Building Bright Futures. And that number continued to increase.

“Schools need help from the legislative branch,” she said. “Legislators need to really think about the capacity for mental health services, particularly for our students here in Vermont.”

So far, only 30 people in Bonesteel’s district have signed up for Talkspace. But she hopes that trust for the program can be built through word of mouth.

She understands online therapy is a foreign idea to many, but accessibility was a priority for the district in setting up extra services.