On June 9 the UVM Health Network announced the appointment of Anya Rader Wallack to a high level position. She is quoted as saying, “I believe the American health care system is in crisis and can only be fixed by people who have a clear vision for reform and are in a position to improve it.” In case you are wondering who she’s talking about, she added, “I have dedicated my professional life to improving our health care system and keeping it affordable.” 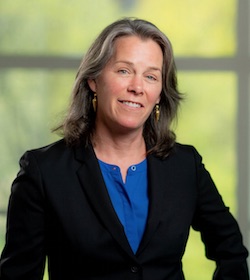 Anya Rader Wallack was the chief architect and promoter of Gov. Peter Shumlin’s single payer health care plan during the first two years of his governorship, at which point she abruptly fled the state when she saw it couldn’t be made to work. The Shumlin Plan collapsed in ruins in December 2014.

Now she’s back, with a Ph.D., in “social policy,” as chief promoter of the Brumsted Health Empire at UVM. She will be paid $400,000 to supply her “clear vision” to “keeping our health care system affordable.” Gov. Scott is paid $184,100 for his services.

I never met or even communicated with this woman and have no personal complaint about her. But I have a real problem when a wizard comes into Vermont, creates an unworkable $3 billion plan, ignores all criticism, watches it implode, abruptly gets out of town, and then reappears seven years later to pocket $400,000 a year to supply her clear vision that produced a colossal failure last time around.