Editor’s note: This commentary is by Matt Krauss, of Stowe. He is a retired state employee and former state legislator.

Federal judges ruled the traditional one town, one vote principle unconstitutional and in 1965 the Vermont House of Representatives voted to reapportion themselves. The representative of Stannard literally cried claiming their small community would never again have a representative. Fifty-six years later, in 2021, it is Vermont citizens who cry from frustration and anger over how the Legislature apportions itself using multimember districts. This method cheats Vermont citizens in two major ways.

The first way multimember districts cheat Vermonters is to curtail our treasured tradition of Legislative candidates for office coming to your home and asking for your vote. In Vermont we want to retain the power to personally assess and determine who goes to Montpelier to make the laws we all live under. Single-member districts allow us to hold fast to our preferred style of localized campaigning. At the moment we follow COVID guidelines and mask up, keep a social distance and stay outside while still visiting our friends and neighbors. Multimember districts do more to end our tradition of Vermont friendly campaigning than any CDC ultimatum. 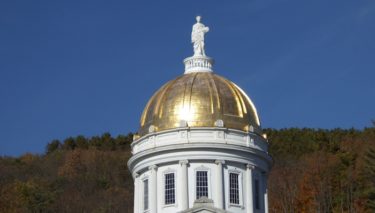 Matt Krauss: “There will be no federal court coming to Vermont’s rescue as in 1965. It will be up to average citizens asking for a fairer way to choose representation in Montpelier.”

These types of districts also change the way incumbent legislators campaign for re-election. Those with suspect voting records will do anything to avoid coming to your turf to explain their votes. They prefer outside organizations with fat wallets mailing colored flyers extolling their awesomeness. Those flyers begin to arrive about the same time as your ballots arrive. Save the ballot; recycle the flyers.

The second way we are cheated is de facto financial discrimination regarding who can run for and win a legislative seat. In the absence of personal campaigning, money becomes the determining factor on the road to success. And those special interests who contribute heavily to legislative races call the shots when it comes time to vote in the Legislature. A prime example was last years public pension debate. Wrong vote, no money, no money, no seat. Stark as it sounds, it’s the truth.

In 1988 an unknown individual ran for the House of Representatives in a single-member district in Barre City. The district had 3,300 folks. How did they win? The old-fashioned way, shoe leather. Walking that district not once, but twice knocking on doors, introducing myself and answering questions was the key to success. A curiosity during the first visit; a contender during the second visit. Today because of population growth a single-member house district has an ideal of 4,300 people. Larger but still doable to visit every door.

However, Lamoille County my home county has two, two member districts each containing four towns. One contains Morrisville, Elmore, Worcester, and Woodbury and has 8,202 citizens. The other two member district contains Belvidere, Johnson, Hyde Park, and Wolcott and has even more citizens, 8,539! Is it realistic to expect a candidate to try and visit all the citizens in those two districts? Aren’t the citizens denied the Vermont opportunity to chat with and question a prospective candidate on their turf? Is the Legislature demolishing the Vermont way of neighborly campaigning in Lamoille County?

As a former member of the most select club in Vermont, the Vermont Senate, my experience in 1992 might be of interest. My race for the Vermont Senate in Washington County was against three sitting senators with a combined 42 years of incumbency. All three were committee chairs. Washington County has 20 towns and had at that time 55,000 people. Today it has almost 60,000 people. Vermonters have come to expect to see their senators and senate candidates at local activities like basketball games, craft shows, award ceremonies, club dinners, July 4th parades, church chicken pie suppers, etc. Try doing that in twenty towns!

Campaigning hard in each of those 20 communities was required. However much more was needed to win a seat. So 30 years ago several hundred Vermonters contributed over $17,500 to make the race competitive and with luck win a seat. Today with inflation it would be $36,575! How many Vermonters can raise that kind of money? Are senate districts larger than one member cheating Vermont citizens by making money the only realistic way to succeed in a contested senate race?

There will be no federal court coming to Vermont’s rescue as in 1965. It will be up to average citizens asking for a fairer way to choose representation in Montpelier. The House Government Operations and Senate Government Operations committees are facing a tough decision. Are they prepared to do the right thing for Vermonters and redress the institutional imbalance that cheats all Vermonters?

As a former member of both chambers, I will respectfully ask to testify this coming session in support of single-member districts. Perhaps like minded Vermonters will do so too. Let’s ask those committee members to do what the courageous legislators in 1965 did. They voted to change the system putting the interests of the state ahead of their own interests. Some knew that they were voting to end their own legislative careers. I’m prepared to stand up so that average Vermonters can someday sit down in the Vermont Legislature. Let’s allow them to experience the incredible honor and intense joy of fairly competing and winning the right to serve you in Montpelier.