“The oldest profession is actually the oldest oppression,” Maggie Kerrin of Waterbury told the Montpelier City Council Wednesday night as it considered a recommendation to legalize prostitution.

“You can’t really achieve equality between men and women while there is this gender-based oppression,” she added. 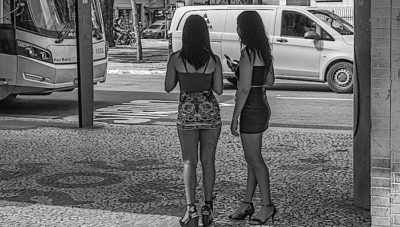 Legalizing prostitution is a sex-traffickers’ dream, Michael Shively, a researcher with the National Center on Sexual Exploitation, told the council.

Kerrin, who lives in Waterbury but works in Montpelier, was among the people speaking out against Police Review Committee recommendations to legalize prostitution, which are part of a package of proposed policing changes presented to the Council Wednesday night.

Legalizing prostitution is a sex-traffickers’ dream, Michael Shively, a researcher with the National Center on Sexual Exploitation, told the council.

Shively said he has spent 30 years evaluating criminal justice policies and practices. For the last two decades he has done federally-backed research on issues including legalization of prostitution.

“What is being proposed is to legalize the most dangerous way to make money and to fully deregulate it,” Shively said. “It would allow any home, any salon … to becaome a brothel, and there is nothing you could do to stop it.”

Shively said he has interviewed 47 convicted sex traffickers and asked them if they would prefer their business to be illegal, or unregulated.

“They would laugh and say, ‘you’re kidding, right?’” Shively said. “100% of convicted sex traffickers would prefer to operate in an environment in which there were no prohibitions against prostitution.”

Seth Collins of Berlin also spoke out against legalizing prostitution because where there’s prostitution, there’s other injustices against women: “In my opinion, prostitution is a warning sign that there is some predatory dynamic.”

There were no other comments about the legalized prostitution part of the police study by members of the general public.

The committee is not advocating for decriminalization, Police Advisory Committee member Justin Drechsler said. State laws will still apply. (However, the advisory commission does recommend adopting proposed state legislation that advocate for making most prostitution legal.)

The city ordinance is old and sexist, Drechsler said. “In no way is the committee suggesting that human trafficking should be legalized,” he said.

Another committee member said ‘sex work’ is not necessarily as dangerous as suggested, and that legalization has benefits.

The council agreed to accept the policing report and discuss its recommendations at future meetings.