When a potential mass shooter from Poultney was arrested in Fair Haven, the issue of mental health in Vermont was once again thrust into the spotlight. Following the Valentine’s Day shooting in Parkland, Florida, some have raised questions about the link to mental illness, and how we can remove stigmas from those seeking help while making sure those who may be a danger risk get care in a timely fashion. 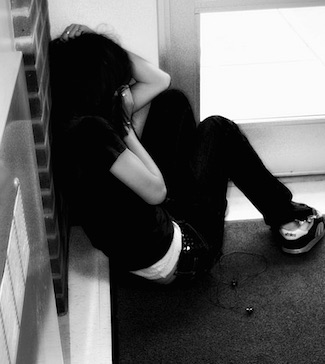 Mental health is back in the headlines following the mass shooting in Parkland, Florida. Is Vermont’s mental health system prepared to provide help to at-risk patients?

So far, no information has been released as to why Jack Sawyer, the 18-year-old from Poultney, was recently in a mental health treatment facility in Maine and not Vermont. The reason is most likely a lack of capacity in a mental health system traumatized by poor choices.

With hundreds of millions of taxpayer dollars needed at the time for a new state health care exchange, the goal for the mental health system was simple: If a mental health facility had 16 beds or less, it it would qualify for more federal funding. This would allow the Shumlin administration to transfer substantial operating costs from the state to the federal government.

On the same day, Dr. Jay Batra, then medical director for the Vermont State Hospital which had just closed its doors, testified before a special legislative hearing and recommended a centralized state mental hospital with 48 to 50 beds at a “bare minimum,” citing a lack of qualified and trained staff capable of running multiple locations. This was in agreement with a plan by outgoing Gov. Jim Douglas to construct a 60-bed state mental facility.

Shortly thereafter, Dr. Batra left the Department of Mental Health to start a co-op health insurance company with another department employee, Christine Oliver, then the recently demoted commissioner of the Department of Mental Health. When state and federal regulatory agencies prevented the insurance company’s launch, Dr. Batra in 2013 returned to his previous post at the department, which had not been filled during the year he was gone.  As a result of the decentralization and lack of available beds, issues developed with hospitals “parking” mental health patients against their will in their emergency rooms, creating chaos, and leading to controversial, unhelpful legislation in 2014.

In 2014, documents provided to the House Judiciary Committee by Chief Administrative Judge Amy Davenport (now retired) described the exact issues which needed addressing. “In 2013 there were 455 applications for involuntary treatment in the Vermont state judicial system. The median time (from application to court decision) was 40 days.” The top sources of delay were clearly defined in her report: a lack of psychiatric doctors in the state to do evaluations within 20 days, delays in obtaining medical records from the hospital and Community Mental Health Center, and scheduling delays for doctors or key witnesses. Some cases in 2013 were even heard by “court officers” or “environmental judges,” due to time and staffing constraints.

The message was clear — there were not enough resources for the judicial and mental health systems to deal with patients efficiently and appropriately. Seven years later, the situation has worsened.

In a report from 2017 highlighting just one incident, a woman in the middle of a mental health crisis (and ending up in police custody as a result) was held in a jail cell for eight days while waiting for a bed in a mental health facility to be available. Pepper spray, handcuffs and riot shields were used to move her to and from her cell.

There seems to be a cycle in which patients, dealing with powerful medications with significant side effects, take themselves off medication. They subsequently may experience long wait times for care, leading to hospital emergency room stays or police involvement, overwhelming both systems. The cycle has occurred frequently enough in Vermont that six Chittenden County municipalities decided to hire and share four mental health counselors in an effort to intervene before the police or hospital stay is required.

The Department of Mental Health gave the legislature a proposal for yet another temporary facility to help alleviate the pressure. However, several committees involved in the House declined to pursue it.

The mental health crisis affects almost every budget the state has, and yet it is continually relegated to the back seat. The vast majority of mental health patients are nonviolent, and often the most vulnerable in our society. If we can’t care for them in a timely fashion, what does that say about our chances of preemptively treating the unknown violent delusional nihilist desperate for his or her 15 minutes of fame?