Editor’s note: This commentary is by Lou Varricchio, editor of the Vermont Eagle. It is republished here with permission.

U.S. Rep. Peter Welch (D-Vermont) on Saturday voted to pass emergency “bailout” legislation to protect the U.S. Postal Service from what he claims is political interference by the White House ahead of the November mail-in election.

But Welch’s partisan support looks like it will add more debt to taxpayers by bailing out the USPS, yet again.

Despite the partisan claims, Welch didn’t offer much proof that actions by the White House during the pandemic were specifically designed to harm Democrats’ chances in the November election; in fact, efforts by Postmaster Gen. Louis DeJoy appear to be designed to avert a postal debacle. 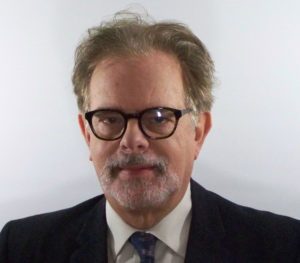 Lou Varricchio is editor of the Vermont Eagle

No matter, the battle over the USPS in an election year with mail-in ballots at the forefront has become an especially partisan one. Democrats and Republicans point fingers at each other regarding the USPS’ systemic financial and operational problems, which have been years in the making.

Welch’s support of the bill provides the $25 billion in taxpayer funds that the Postal Service’s Board of Governors requested to address budget shortfalls caused by the coronavirus pandemic.

“The Postal Service is at the heart of rural life for many Vermont communities and will be a pillar of our democracy this November,” said Welch.

But according to Tom Schatz of the Council for Citizens Against Government Waste, “The USPS reported a net loss of $2.2 billion in the third quarter of the fiscal year 2020, bringing total losses since 2007 to more than $84 billion. Moreover, the agency has reached its statutory debt limit of $15 billion and has more than $120 billion in unfunded liabilities. The USPS has been on the Government Accountability Office’s (GAO) High-Risk List since 2009.”

Liberal Democrat Welch is no fan of the current President; he has also a history of blocking past Republican presidents when it comes to efforts in reforming or streamlining bloated federal agencies and other government-linked operations.

“When it comes to our democracy, we cannot trust the word of Donald Trump or his handpicked cronies. This legislation will make sure that the Postal Service has the support and the funding it needs to quickly deliver medicines, unemployment checks, and ballots all across America,” Welch said.

The Delivering for America Act, HR 8015, requires that the Postal Service maintain the same operations and level of service that existed at the beginning of the year, prior to the changes carried out by Postmaster General DeJoy.

Despite the election-year “right-left” politics, it is unlikely HR 8015 will go far in stopping the on-going financial hemorrhaging at the USPS as many Americans have moved to online billing and email for correspondence. Also, UPS and FedEx have cut into USPS package services in recent years, according to numerous reports.

“The USPS business model is ‘broken’ as the GAO has stated repeatedly,” Schatz added, “and is a reminder of an increasingly bygone era. As a result of technological advances, including the advent of e-mail and online services, from 2000 to 2019, the annual volume of mail dropped by 47 percent, from 103.5 million to 54.9 million. In 2019, the USPS processed as much mail as it did in 1978, and the downward trend is only expected to accelerate.”