With energy costs in New Hampshire expected to skyrocket this winter, the state’s Republicans and Democrats are pointing fingers over who is to blame for the higher prices ahead of the midterm elections.

House Speaker Sherman Packard, R-Londonderry, and other GOP legislative leaders ripped Washington D.C. Democrats over their energy policies at a press briefing Monday, and said they were to blame for the spike in natural gas and home heating oil that is putting the squeeze on the state’s consumers. 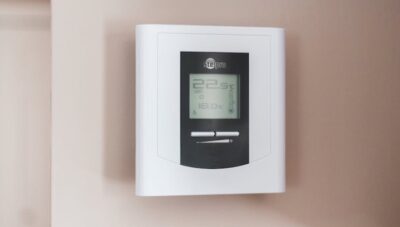 This winter, the cost of electricity in New Hampshire is expected to soar by at least 50% with the state’s utilities seeking double-digit rate increases for gas and electricity services.

Packard touted the Legislature’s approval of an energy assistance program that will provide relief payments of up to $650 for middle-income consumers who qualify, and the expansion of fuel assistance for thousands of low income residents through the state’s Low-Income Home Energy Assistance Program.

“We had to do this because of the failed policies coming out of Washington, D.C.,” Packard said at the Statehouse briefing. “Make no mistake about it, this is Washington’s fault.”

Republican Gov. Chris Sununu later chimed in with a statement highlighting his administration’s efforts to develop offshore wind and hydroelectric power while making investments in solar energy. He said he has pushed back against Democratic backed proposals that would have increased energy costs even higher this winter.

“When the Democrats passed new taxes on your energy bills, I vetoed them,” Sununu posted on social media.

But Democrats fired back, pointing the finger at Sununu and Republican legislative leaders and arguing that the state’s energy consumers are paying higher prices because they won’t adopt renewable energy policies.

“Granite Staters are paying the highest electric rates in New England because Gov. Chris Sununu has consistently rejected efforts to expand renewable energy and give individuals more control over their own energy production,” the Democratic Party said in a statement.

Packard responded with a statement reiterating his claims that Biden’s policies are to blame for higher prices and claiming Democrats didn’t do anything to solve the problem when they had control of the state Legislature two years ago.

“Democrats had plenty of opportunity to pass their initiatives when they were in charge but failed to build consensus even among their own party members,” Packard said. “Their ideas consisted of a massive carbon tax, attempts to repeal RGGI rebates for ratepayers and massive net metering subsidies to solar developers at the expense of ratepayers.”

RGGI is an acronym for the Regional Greenhouse Gas Initiative.

The blame trading comes as both parties gear up for the midterm elections when the governor’s office, a U.S. Senate seat and two House districts will be on the Nov. 8 ballot. That’s four weeks away.

New Hampshire’s energy prices are already among the highest in the nation, with the average resident spending $4,078 a year, according to the U.S. Energy Information Administration. Low income and minority communities are disproportionately impacted by the higher energy costs, the federal agency said.

This winter, the cost of electricity in New Hampshire is expected to soar by at least 50% with the state’s utilities seeking double-digit rate increases for gas and electricity services.

One thought on “Lot of blame, few solutions to New Hampshire energy costs”