Editor’s note: This is Part 4 of the Affordable Housing Series.

By Lou Varricchio and Bruce Parker

Responding to criticism that mortgage loans for Vermont’s affordable housing program will likely never be repaid, the head of the the Vermont Housing Finance Agency says the program doesn’t depend on repayment, and is nonetheless financially sound.

Last week Gov. Phil Scott praised the Legislature’s approval of a $35 million housing bond, calling the bond a driver of economic growth. The money, approved as part of a budget compromise reached between the governor and state lawmakers, will be used to employ 1,000 workers, build 500 additional housing units, house 1,000 residents and create $100 million in new construction and renovation projects statewide.

But questions have been raised about the financial stability of the program. In a May interview with True North Reports, former State Auditor Randy Brock expressed concerns that the no-interest and low-interest mortgages issued to provide housing for low-income Vermonters will never be repaid. 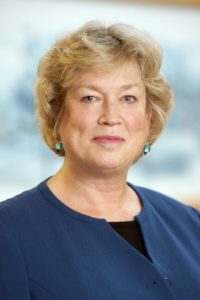 That criticism got the attention of Sarah Carpenter, executive director of the Vermont Housing Finance Agency, who sent a letter to Brock defending the financial stability of the affordable housing program while conceding the state expects to lose that money.

“You are right, there is very little expectation that these mortgages will have the capacity to be paid back without disrupting the project,” Carpenter said in a letter obtained by True North Reports.

“If the incomes of the residents remain low … there is no room in the rents to pay back these loans. We do not want to raise rents and displace low-income residents at the end of tax credit compliance period just to pay back a deferred loan,” she added.

The bond, which aims to provide capital not available through traditional mortgage sources or state and federal subsidies, is to be repaid through the property transfer tax. Carpenter said the program is financially sustainable without mortgage revenue.

“Our state policy is to make sure that housing we invest in remains permanently affordable so we do not have to buy it back as we have had to do over the years with a number of federal housing programs,” she said. “We also find that after 20 or so years projects may need recapitalization, and rather than requiring significant cash funds up front for reserves, we allow the projects to refinance and roll over the deferred debt.”

Still, Brock believes non-repayment of low-interest, affordable housing mortgages over time is a “red flag” being ignored by state officials and others.

In the 2009 Tiger Team study commissioned by former Gov. Jim Douglas, it was found that scant effort is being made to require borrowers to set aside a reserve to make loan repayments. Loans, when they come due, are simply “rolled over” for another 30 years or so. Brock noted that if the loans were paid back on a timely basis as required in the original loan documents, a portion of the annual Vermont Housing and Conservation Board appropriations could be used to either clean up waterways or fund more VHCB-qualified housing projects.

As a statewide nonprofit organization dedicated to financing affordable housing, as well as land and water conservation projects, the Vermont Housing and Conservation Board gets a hefty annual multi-million-dollar appropriation from state coffers. On the housing side, VHCB provides loans to other state housing agencies and local nonprofits to build more affordable housing.

According to its 2015 audited financials, VHCB has about $191.5 million of outstanding loans and interest due back to it when these loans mature.

Jennifer Hollar, VHCB’s director of policy and special projects, disagrees that the program has a “red flag.”

“The repayment of the bond is not in jeopardy as suggested (by Brock). The governor and legislature have agreed to a dedicated source of revenue for the debt service,” she told True North Reports.

According to Hollar, the answer to why loans are not repaid is complex. “VHCB funding is not used as the main source of debt on projects and the loan structure VHCB employs is driven by the structure of federal affordable housing programs, particularly the low income housing tax credit program,” she said.

Hollar added that concern about loan repayments is nothing new, and that in-house agencies and external reviewers have given their stamp of approval to VHCB’s loan policy.

“VHCB’s method of structuring investments in affordable housing has been reviewed many times, including by the Legislature, former auditors and attorneys general, and national legal experts in housing finance,” she said. “This issue was reviewed most recently by two legislative committees and individual lawmakers as they considered the housing bond proposal. Our housing programs are also regularly audited by independent CPA firms as are the project owners.”

VHCB claims that the way the loans are structured allows for up to one-third more homes to be provided than would otherwise be available. The loans fill the gap between what the project needs and what it can repay, and allows for rents to continue to be affordable long into the future.

Maturing loans, Hollar explained, are reviewed on a case-by-case basis by the full board. If a loan can be repaid without significant rent increases, it is. If not, the loan may be deferred for an additional period.

“Unfortunately, incomes have not risen as we would all prefer, so rents that are affordable have not risen at the same pace as the cost of operating buildings, limiting the capacity to repay debt,” she said.

“Our practice of working well together (with multiple state agencies and the banking industry) benefits Vermonters that need housing and protects the state’s investment in affordable housing stock. It most certainly does not hurt Vermont as Mr. Brock implies.”

13 thoughts on “VHFA director: There’s little expectation that mortgages will have the capacity to be paid back”