While the GOP has three solid candidates ready to challenge Chittenden County’s six incumbent liberal state senators, two other challengers in the race — an independent and a libertarian — think they have what it takes to bring change to the Vermont Statehouse.

The independent in the race is Dr. Louis Meyers, a 25-year physician from South Burlington, who says he’d like to address the inefficiencies and waste in Vermont’s health care system.

Vermont is moving ahead towards an “all-payer model” which is not widely understood by the public or lawmakers. It combines Medicaid, Medicare and private insurances users into a single payment system for physicians and hospitals. It also creates a lump-sum payment system for hospitals, the hope being to incentivize keeping patients healthy and away rather than frequent visits. 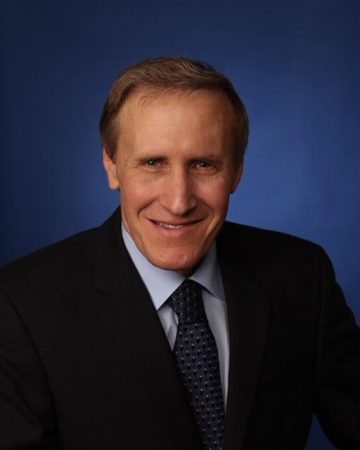 DOC IN THE HOUSE: Dr. Louis Meyers, a physician with 25 years of experience, says the current crop of lawmakers in the Senate need to hear more directly from physicians if they are to make educated decisions.

The model contrasts with the current fee-for-service approach, in which doctors and hospitals are paid for individual services and procedures.

“I’m not sure how much [current legislators] understand about the all-payer plan,” Meyers told True North. “What they understand probably mostly comes from Green Mountain Care and University of Vermont press releases, and lobbyists.”

According to the New England Medical Journal study, the scope of Vermont’s ambitious proposal may create savings through greater efficiencies, but ultimately the massive administrative costs will likely cancel out those savings.

“When you look back even just in the mid-1980s, and the great majority of practices were independent like mine was — independently owned,” he said. “And now it’s flipped. I think in Vermont it’s about two-thirds of the practices are owned by a system, and the physicians and other healthcare providers are on salary.”

While his campaign page outlines positions on education, economy, transportation, safety, the environment and more, his main motivation for getting into the Statehouse is his concerns about health care.

“What [lawmakers] are not hearing is … how this [all-payer plan] is changing the kind of care that we can provide to patients, and how absolutely frustrated people are at not being able to do what they do best — which is take care of people,” he said.

On why he decided to run as an independent, Meyers said it’s because when he ran as a Democrat years ago he felt isolated by how far left-leaning everyone else was.

The libertarian candidate in Chittenden County running for state Senate is Loyal Ploof, of Burlington. In keeping with the libertarian platform, as discussed on his campaign website, Ploof would like to abolish the income tax. 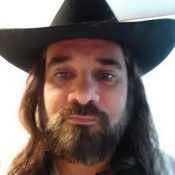 REIN IN GOVERNMENT: Small government is a concept that Loyal Ploof feels needs to be rediscovered in Vermont.

“We need to start getting money back into people’s pockets. That’s why I proposed returning the income tax to the people,” he said.

He added that the revenue lost by eliminating the income tax would be matched by cost-savings achieved by trimming down the size and scope of government. He also believes a regulated and taxed marijuana market could help fund state government.

When it comes to wages, Ploof is against the state dictating wages to businesses.

“Let’s not raise the wages to $15 an hour, but let’s do something we can do without violating their business rights. Let’s just give people back their money,” he said.

On education, Ploof proposes get rid of the Agency of Education altogether and shifting education decisions entirely back to local communities.

“What Act 46 essentially is doing, it’s going to be much more costly for the taxpayers in the end,” he said. “We’ll be busing kids to other districts, those communities are going to lose good-paying jobs. A lot of those communities might have just a gas station, and the school is their jobs in those towns.”

Another policy he’d like to see implemented is to release nonviolent offenders from prisons and put them to work.

“We’re actually spending too much money by housing people that aren’t violent, and it’s causing problems with our corrections too,” he said. “ … If we can get all those people out of prison, we can bring our prisoners back so we’re not paying other states.”

“We shouldn’t be paying every year or two years for something we’ve already paid for,” he said. “So that’s going to save money especially for low-income drivers.”