By Jason Snead and Hans von Spakovsky | The Daily Signal

Something amazing is happening: Liberals have suddenly begun to believe in voter fraud. Almost overnight, years of constant denial and disbelief have melted away amid allegations that a congressional election in North Carolina may have been tainted by absentee ballot fraud.

In North Carolina’s 9th Congressional District, Republican Mark Harris beat his Democratic opponent, Dan McCready, by 905 votes out of almost 300,000 cast. McCready conceded defeat, but irregularities in absentee balloting in Bladen and Robeson counties prompted the North Carolina State Board of Elections to refuse to certify the results and instead move to hold an evidentiary hearing to examine evidence of fraud. 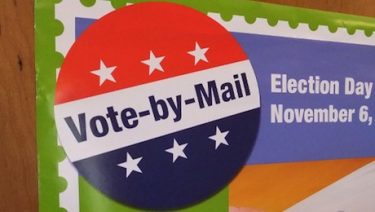 The Heritage Foundations’ election fraud database tracks a growing list of proven examples of election misconduct across the country — 1,177 cases so far — and many of its entries involve efforts to manipulate, forge, or change absentee ballots and coerce or intimidate absentee voters.

Thus far, the investigation is centering on a political operative named Leslie McCrae Dowless Jr., who apparently worked for Harris’ campaign. According to witness statements and affidavits, Dowless paid people to collect voters’ absentee ballot requests and the ballots themselves—a practice known as “vote harvesting,” which is illegal in the state. Dowless and others are also being accused of having tampered with those absentee ballots.

If true, this would hardly be the first time that fraudsters have targeted absentee ballots. In fact, absentee voting is particularly vulnerable to fraud. The Heritage Foundations’ election fraud database tracks a growing list of proven examples of election misconduct across the country—1,177 cases so far—and many of its entries involve efforts to manipulate, forge, or change absentee ballots and coerce or intimidate absentee voters.

The allegations in North Carolina’s 9th District are serious and should not be dismissed out of hand. Elections are the core of our representative democracy, and they depend on public trust in the fairness of the process and the validity of the results.

When credible evidence of fraud comes to light, it must be investigated and, if the evidence warrants, prosecuted. To do otherwise invites future malfeasance.

When this or any type of election fraud occurs, it shakes the confidence of all voters, both liberals and conservatives. That makes guaranteeing election integrity a solemn, nonpartisan task.

Everyday Americans seem to agree. For example, according to one recent Pew Research Center poll, 76 percent of Americans think that voter identification requirements should be mandatory—a remarkably high figure in our hyper-polarized age.

But the left has spent years fighting against virtually every reasonable, commonsense election integrity measure—not only voter ID laws (for both in-person and absentee voting), but even efforts to clean up state voter rolls that are riddled with errors.

According to the left, voter fraud does not exist and any effort to address it is really about voter suppression and racially-motivated disenfranchisement. It is ironic that North Carolina is one of the states where the left has vehemently opposed voter ID, which is just one of many reforms that are needed to secure elections.

That makes liberals’ overnight conversion all the more shocking. With the fervor of new converts, politicians and pundits are practically shouting from the rooftops that fraud is real. Leading Democrats are calling for investigationsand demanding fresh elections. Liberal publications like Slate and Vox are writing stories about voter fraud. Even The New York Times is devoting column inches to the subject.

Everyone concerned with the security of the election process should welcome this great awakening of the left. We should hope that this marks a turning point in the needlessly divisive debate over election integrity, and a moment of genuine self-reflection by those who have so passionately fought against election integrity reforms. If voter fraud can exist in this race, might it not exist in others? If this election was vulnerable to fraud, why should others be presumed to be safe and secure?

Unfortunately, there is little evidence that this newfound awareness of voter fraud will last.

Mainstream media reports still caution—ignoring evidence to the contrary—that voter fraud is not a serious issue. These outlets show no enthusiasm for investigating similar recent cases of fraud, like the four vote harvesters who were arrested prior to the November election in Tarrant County, Texas, on more than two dozen counts of forging absentee ballot request forms and then tampering with, and changing the votes of, absentee ballots cast by older voters. This was apparently financed by a former executive director of the local Democratic Party.

Liberal pundits and activists, meanwhile, appear gripped by pure schadenfreude: Republicans cried fraud for years, they say, and now they supposedly have egg on their face because of the allegations in North Carolina. But as the Heritage database demonstrates, fraud is committed in elections by wrongdoers from all political parties.

Meanwhile, the Democratic politicians now calling for investigations and a re-do appear motivated more by the desire at a second shot to flip the 9th District blue than a good-faith effort to find out what really happened and to defend the integrity of the election.

How else can one explain the immediate demands for a new vote before an investigation can even be completed, let alone prove that ballots were changed and that enough tainted ballots exist to alter the outcome?

In that sense, the outrage over this North Carolina election is little different than the attacks launched by Democratic candidates on the fairness of the electoral process after they lost races in Georgia and Florida. The left seems eager to talk about election fraud these days, but only when it means energizing their base or when it benefits the Democratic Party. Otherwise, they claim it “doesn’t exist.”

Election integrity must be about more than that.

The same is true for the right. It is incumbent on conservatives and Republicans to resist the urge to circle the wagons or reflexively support the outcome in North Carolina as it stands today merely because of who won.

Securing the ballot box is, after all, about preserving public trust in our republican institutions—a task that supersedes politics.