By Armstrong Williams | The Daily Signal

Last year, the Sinclair Broadcast Group agreed to acquire the Tribune Media Company. Since then, the competitors of free-to-the-home broadcast television have been among the loudest voices crying “the sky is falling,” and the government—the Federal Communications Commission and Justice Department—should deny approval of the merger.

This chorus has been joined by adversaries wishing to create political division, and seeking to pull the power levers of government to have Sinclair “investigated” for “bias” and claims of “fake news.” 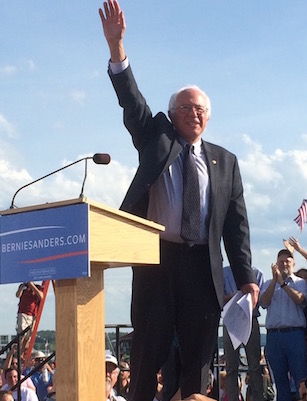 A group of Democrat senators, with Socialist Bernie Sanders, tried to force the FCC to “investigate” Sinclair for what they characterize as the “troubling trend of irresponsible, one-sided news stories plaguing our country.”

Let’s get some context and perspective. Free-to-the-home television in America, one of the nation’s most heavily regulated industries, is in a fight for its life.

All of these competitors have far bigger budgets and deeper pockets than Sinclair and Tribune combined (under $4 billion vs. more than $100 billion, and in the case of Apple, almost $1 trillion).

None of these companies, however, are subject to any rules that restrict how many TV homes they can reach, as broadcasters are. All of them aggregate news, produce video, and widely distribute content that directly competes with broadcast television in the U.S.A. Yet these competitors face little or no government imposed limitation on how many assets they can own.

Not so for television broadcasters who are governed by an antiquated set of federal rules that hamper their ability to compete in a new and rapidly changing market. Broadcast groups such as Sinclair, Nexstar, Gray, Tegna, Meredith, Ion, Univision, and others cannot own stations that broadcast to more than 39 percent of American homes. At the same time, their competitors have no such restriction. It’s like a heavyweight bout with one fighter whose hands are tied behind his back.

Against these odds, traditional television broadcasters like Sinclair have only two choices: grow or die.

Add to this enormous market disparity the volatile element of politics and there is real danger afoot. In the current age of weaponizing political differences, a group of Democrat senators, with Socialist Bernie Sanders, tried to force the FCC to “investigate” Sinclair for what they characterize as the “troubling trend of irresponsible, one-sided news stories plaguing our country.”

These political critics, however, ignore Sinclair’s well-researched journalistic initiative focused on fair and objective reporting and uncovering unsubstantiated stories like “Pope Endorses Trump,” which move quickly across social media and result in an ill-informed public. Some other false stories, like the “Pizzagate” story, can result in dangerous consequences. Sinclair has focused on fact-based reporting. That’s Sinclair’s commitment to all the communities it serves.

Blind to these facts, and forgetting a similar ill-fated push under the Obama administration to have the FCC establish guidelines and oversight on newsroom operations, this group of political critics seems only to want to silence voices to which it disagrees.

It claims the Sinclair-Tribune merger would “undermine freedom of the press,” yet seek to use the power and instrumentality of government to control what it doesn’t like. Fortunately, our First Amendment is intended to prevent just that. As the Supreme Court explained almost 75 years ago in its landmark Associated Press v. United States decision, a free society is promoted by “the widest possible dissemination of information from diverse and antagonistic sources.”

FCC Chairman Ajit Pai fully understands this and rebuffed this call for “investigation,” stating: “I understand that you disliked or disagreed with the content of particular broadcasts, but I can hardly think of an action more chilling of free speech than the federal government investigating a broadcast station because of disagreement with its news coverage.”

Here’s hoping that will be the end of this attempt to weaponize political differences and silence speakers these senators don’t like. We will see.